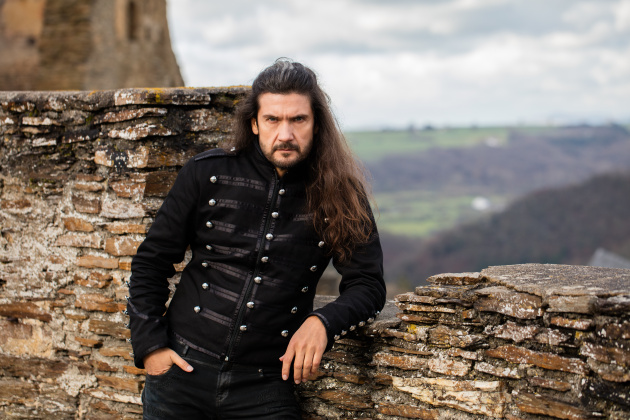 Guitar Force includes the best guitar work Smolski has ever done, since it showcases his different styles of playing in such a versatility. Victor considers the record as a kind of best-of album where he presents many song ideas from Rage, Almanac and Johann Sebastian Bach in new visions and shape. It’s powerful yet aggressive and dynamic, from a hi-gain, crunchy fusion sound to nylon acoustic or the sitar, you find all guitar influences on his upcoming record. Razor-sharp melodies alternate with high-speed technical arrangements, along featuring several high-class guest musicians, making this album truly special.

The iconic guitarist reveals: “Unity is the most popular instrumental song in my career. I’ve composed the song for Rage album “Unity”. This song has really everything what you can do with guitar: heavy riffing, dynamic solo playing with all kind of technique: swiping, tapping and slapping. With this song I’ve found my sound and style of playing which fits perfectly to me. This title became so popular that I named my school for online lessons “Unity Music School”.”

His new album Guitar Force was produced and mixed by Victor Smolski at Unity Music School Studio, and was mastered by Martin Buchwalter at Gernhart Studio.

Previous article
PRONG SONG
Next article
THE SPIRIT OF METAL