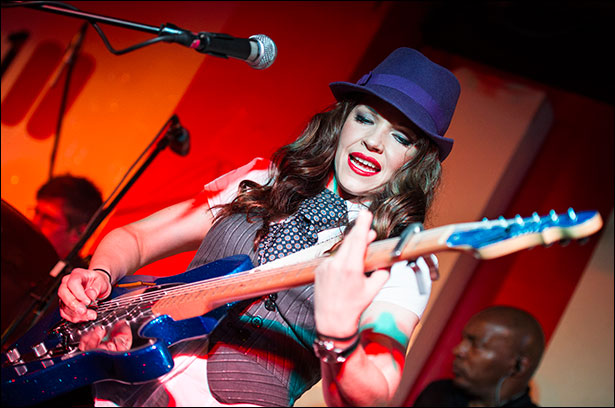 Critically acclaimed Finnish blues guitarist and vocalist Erja Lyytinen is pleased to announce the UK release of her new live album Live In London, via Tuohi Records on June 8th. Live in London is the follow up to her 2014 album, The Sky is Falling, which is a tribute to the legendary blues artist Elmore James.

On October 7th 2014, Erja Lyytinen rolled into London’s iconic venue the 100 Club for an evening of live music. At her side, Erja was accompanied by a crack band featuring long-time musical partner Davide Floreno, bassist Roger Inniss and drummer Miri Miettinen. Live In London mixes high-spirited, technically brilliant covers and an impressive block of original material. Since first stepping foot in a recording studio nearly 15 years ago, Erja Lyytinen has become a bona fide star in her homeland and a celebrated fixture on the international music scene, earning the title “the Finnish slide goddess” from UK’s The Blues Magazine.

To dovetail the release of the new album, Erja will embark on a 12-date UK tour this October along with a string of UK festival appearances.