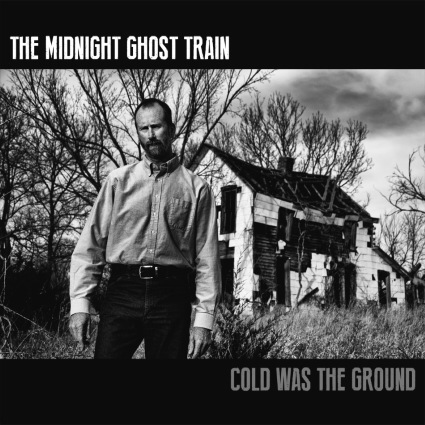 All hail the beard – stoner rock with a difference

Take this album from The Midnight Ghost Train. Take opener, the instrumental “Along The Chasm” put it on and you are in a comfort zone. Bass rumbles, guitars are downtuned with the lead picked out over the top, and there’s confident drums. It could – and you best believe this is meant as a compliment – be the new Clutch record you are listening to.

The mood continues with the intro to “Gladstone” but then it happens: hello, what’s this? In come Steve Moss’ vocals. Somewhere in between a growl, a whisper and a conversation, they are startlingly different to what you might expect. And so, to be fair, is this record.

“Cold Is The Ground” is the major label debut for TMGT, a band formed after Steve’s best friend died. He moved to Buffalo to start a band. And on this record, you really sense all his ideas coming together in the most superb of fashions.

The highlight, certainly amongst the early songs, is the brilliant “BC Trucker.” A bass heavy, fast song, and only Moss will have any idea what he’s talking about, but it draws you in on its enormous groove, and if the slow-building “Straight To The North” wonderfully ploughs the same furrow,  “One Last Shelter” on the other hand, sees The Train take an entirely different, urmmm, track. A freak-out of an opening, sees it become dark and oppressive, and if the inclusion of not one, but two instrumentals tells you that this is a band not afraid to take some chances, then brother, you ain’t seen nothing yet.

Because, there is a track contained on “Cold Is The Ground” that might go down as one of the weirdest of 2015. Indeed, to call “One Little Sparrow” weird rather does a disservice to the word. Partly a poem, partly a nightmare, partly discordant, whatever is upsetting Moss here is from an another world.

It all ends in a more conventional style, “Twin Souls” shows off a band at the height of its game and the lengthy “Mantis” isn’t far from being the best thing here – which on this record is quite an accolade.

A record in the best traditions of a grower, it might take you a couple of listens to get into “Cold Is The Ground,” but every music fan knows that it’s the records that take you by surprise initially that remain with you forever. Stick with it and it’s a journey that keeps on giving. A little dark, even a touch scary, and lord, are there some twists and turns, but Midnight Ghost Train are moving at full steam ahead.