The Mayhem Is Coming 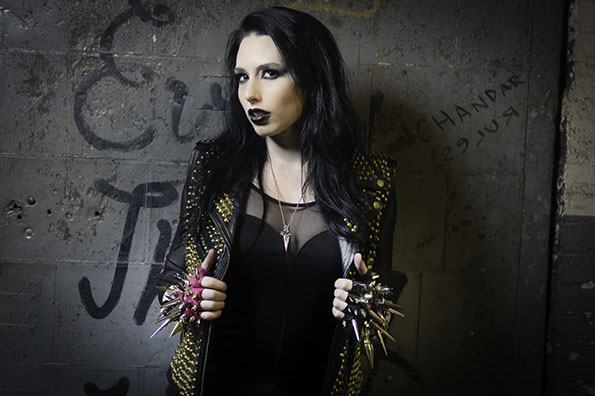 Our friends over TBFM have their Lady Mayhem. Here’s Madame.

Madame Mayhem is certainly a commanding and unforgettable figure – all you have to do is check out the new video for the song “Monster” for the proof. But dig a bit deeper, and you will discover that some of rock and metal’s most renowned and respected names played a part in her forthcoming full-length album, ‘Now You Know,’ which will be released on HeadBall Records in association with 71st Street Music, through BFD/RED on October 16, 2015 (in the USA and Canada).

But before the album’s autumn arrival, fans can check out the striking clip for “Monster” (by Industrialism Films). “This video shows the escape from being trapped, under speculation, and breaking free to embrace your true self,” explains Mayhem. “Raw and real! About how society can turn you into what they already think you are.”

Though a singer first (and frontwoman/showwoman during live performances), Madame Mayhem is also a songwriter, and plays piano and guitar. And soon, the world will experience her extraordinary talents!