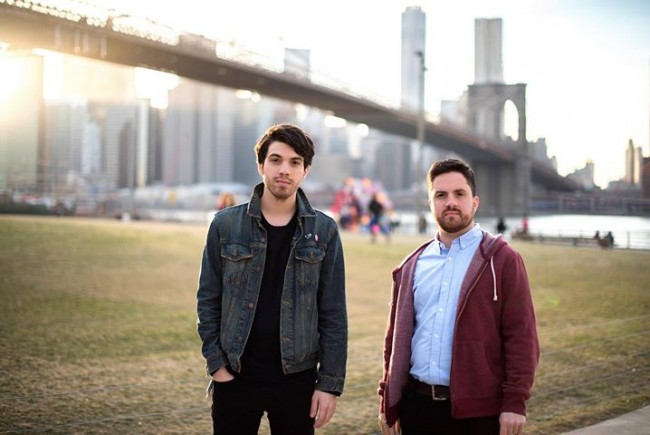 September 28, 2015
Reading time: 1 min.
Facebook
Twitter
Pinterest
WhatsApp
Linkedin
Email
Print
Telegram
Copy URL
By Andy Thorley
New York Brothers, just released their new EP
After years of playing in several New York punk bands apart from each other, brothers Michael and John Vallarelli embarked on a musical collaboration in 2010. Michael called his younger brother and said “I’m going to buy a few keyboards and play weird riffs over your drum beats”. With a deep appreciation for artists like Mogwai, Brian Eno and Explosions in the Sky, the brothers Vallarelli boldly decided it was going to be an instrumental outing. This was the birth of their part ambient, part math rock debut self- titled EP. Combining a love for a variety of different musical genres, the band constructed a formula of melodic keyboards plus rhythmic drums, with a light and dark juxtaposition that they dubbed “spacecore”.
After three EP’s under their belt, touring and relentlessly playing high energy shows in the northeast, they wrote and recorded their fourth collection “Heights” in the spring of 2015. With songs like “Bean” and “Funhouse”  this is the band at their most inspired and focused sounding. These are songs that breathe more and drive further, all together equaling their most cinematic soundscapes to date. The brothers are grown up and “Heights” is a testament to that. The music is an honest and cathartic reflection of who they are, where they’ve been and where they’re going.
Previous article
The Mayhem Is Coming
Next article
Wake You From Mass Hypnosis