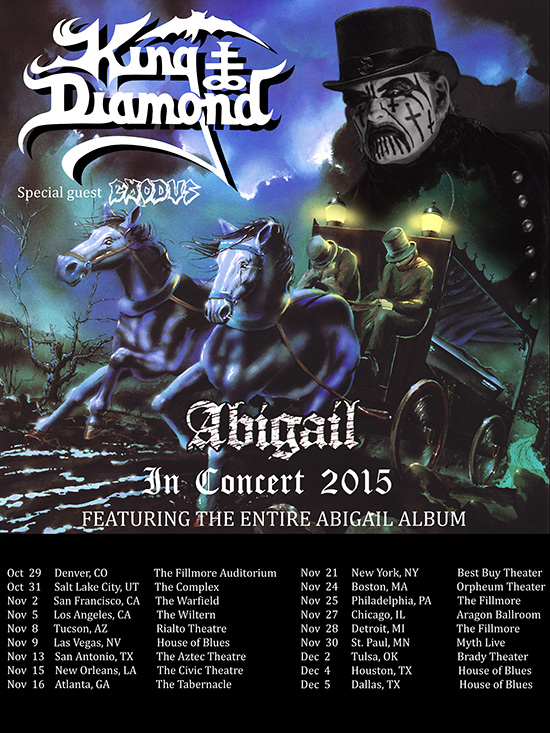 Plus Exodus confirmed as supporting band

King Diamond will be back on tour soon for an extra special event for fans – one not to be missed! As part of the set, the band will be performing the classic 1987 album Abigail in its entirety! The tour will begin on October 29th and runs through December 5th with legendary bay area thrash metal band Exodus as the opening act! The full list of confirmed dates is below. The general on sale for tickets begins Friday, August 7th at 10am ET.

Upon its release in November 2014, King Diamond‘s “Dreams of Horror” reached #28 on the Billboard Hard Music charts. This is the ONLY “best of” album covering the band’s entire career.King Diamond and Andy La Rocque meticulously mastered and enhanced these 23 songs into the ultimate editions, chosen by the band from both the Roadrunner and Metal Blade catalogs. Listen to “The Puppet Master” from disc 2 of “Dreams of Horror” and order a copy now atmetalblade.com/kingdiamond.