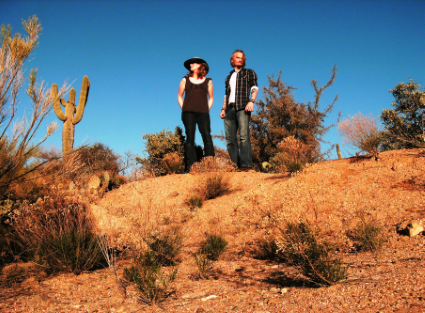 Fables & Ideals set loose their captivating self-titled debut mini album this December, calling to mind everyone from such luminaries as Neil Young and Bob Dylan, through to Eddie Vedder. The record drops on Friday 4th December, through all digital stores and platforms.

Fables & Ideals had its earliest beginnings in 2009 when inspiration struck, guiding pen to paper and hand to guitar for a British man living in the foreign territory of America’s Arizona. Struck by the solitary desert and dramatic canyons, he was fuelled with the irrepressible desire to create, and Fables and Ideals was born. Masterminded by Garry Hutchinson on guitar and vocals, Fables & Ideals is a musical collaboration, aided by Enise Hutchinson on backing vocals, and the creativity and instrumentation of a few close musical friends.

The album comfortably houses itself in a few genres, from Acoustic Rock and Americana, to Alt-Folk. Echoing artists such as Eddie Vedder, John Mellencamp and The Avett Brothers, and some Classic Rock icons as Neil Young, Bruce Springsteen and Tom Petty, the album captures a well-intentioned organic and raw feel, offering the flavour of the Wild West in both its stripped down solitary undertones and its surprisingly more edgy contours. Although conceived in America’s Southwest, it was shaped and finished right here in the UK, namely the Lake District, and the wide open spaces of both regions have clearly allowed creativity to meander unfettered. The result is a stunning collection of eight tracks that are simply alluring, thoughtful, and layered with a rounded depth and intricacy that showcases the project’s maturity and longevity. 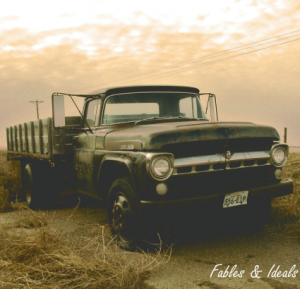 Fables & Ideals now release their stunning new self-titled debut mini-album. The record draws you in with “Beaten Spirits & Paper Crowns”, which highlights the artist’s unfailing ability to write memorable and contagious melodies, backed by solidly and meticulously blended harmonies. Next up, “Passage Of Time”, surprises the listener with a shift in lead vocals, illustrating just the first of many dynamic bends and carefully arranged twists within. Fables & Ideals reveals it’s harder edge as the album progresses, inviting the drums and electric sting of the guitar to take you on a high-flying ride before the album returns to its mellow side, closing with “Footprint”, which as with many of the gems on the record, spotlights the thoughtfully arranged harmonies and well-crafted refrains that are signatures for the project. As praise and plaudits are sure to pour in, Fables & Ideals are destined to soar to giddy heights. Catch them now, before they take flight.

-FABLES & IDEALS IS RELEASED ON FRIDAY 4th DECEMEBER THROUGH ALL STORES-