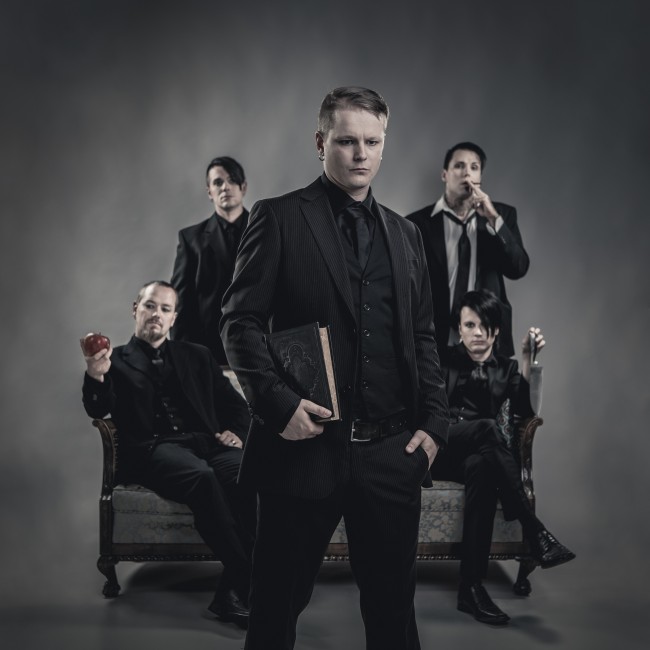 The Cult Of V” was released on 18th November 2009 and got soon attention in different medias. The album was widely reviewed in Finnish and foreign publications, on paper as well as on web, for example Metal Hammer, Terrorizer and Soundi, to name a few of the most widely spread. The band visited several radio shows both national and regional and was interviewed by the front-line music magazines in Finland and was even voted into the top twenty of the newcomer of the year category by readers of the Finland’s biggest music magazine Soundi. The album version of “Boy Called Fucker” ended up in Radio Rock’s playlist in ”Uuden rockin ilta” prime time show, where they play the most recent rock and metal releases. The song was wanted enough to be charted in the top 10 list of the most downloaded songs in Radio Rock Store. The Album has also been played in several other radio stations and shows during autumn 2009 and winter/spring 2010.

The band has aroused interest also in the audience. After the release of the first album V singed a contract with Live Nation, one of the biggest booking agencies. On December 2009 V FOR VIOLENCE was the warm-up act for the Hardcore Superstars [SWE] band at Tavastia Club in Helsinki and at Klubi in Turku. On February 2010 the band played on Finnish Metal Expo with bands like Amorphis, Hypocrisy [SWE] and Satyricon [NO] and a month later with Underoath [USA] and Architects [UK] at Virgin Oil Co -club in Helsinki. Year 2011 started as a warm-up band for Die So Fluid [UK] on their gig Helsinki and ended with a spectacular self-organized Turpashokki minitour with Cold Cold Ground featuring local bands in Turku, Tampere, Helsinki etc. The amount of played gigs around that very first album is total of 30+ during 2009 and 2012 after which V FOR VIOLENCE started to write ”The Book” for ”The Cult”.
V FOR VIOLENCE
J. Lähderanta – Vocals
Janne Salo – Guitar
Miikki Kunttu – Drums
Jani Rahkonen – Bass
Riku Vuorio – Guitar