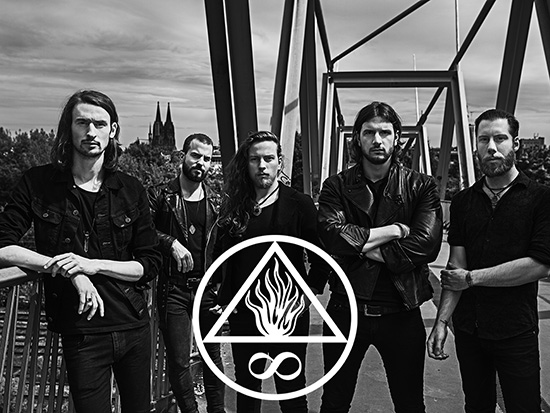 Metal Blade Records is proud to announce the addition of KETZER to it’s ranks! KETZER (German for “heretic”) is a highly professional and extreme metal outfit hailing from Cologne, Germany and ready to set the World afire with this just recently closed pact (in blood).

Comments KETZER: “In the last few years, working on new songs has been our journey, and it has been an intense one. Musically and conceptually we put everything back to zero. We found an element that gives our music something primal, something natural. It is the deep connection between all of us through making music together. It feels like sharing a fleshless body. Far back in time, dancing to drumbeats around a fire, entangled in trance, it was all about the magic of one moment. We chase those moments and hope to share them with people all over the world.
Metal Blade, as a label that has evolved constantly in its history without ever forgetting their groundbreaking beginnings, will give us the opportunity to reach everyone of you out there.
There are many exciting things about to come along our way in the future and we are glad and grateful for being able to take this journey together with Metal Blade from this day on.”

Four becomes two and two becomes one.
The journey will end at the places unseen.

KETZER‘s debut album ‘Satan’s Boundaries Unchained‘ is one of the most critically acclaimed Black/Thrash Records of the past years. With the second album entitled ‘Endzeit Metropolis‘, they have progressed in their musical direction once more. After the release of two full-length albums and playing three extensive tours throughout Europe and the United States, the band is far from reaching its peak!

KETZER‘s long-anticipated new album will see the light of day towards the end of the year 2015 on Metal Blade Records!