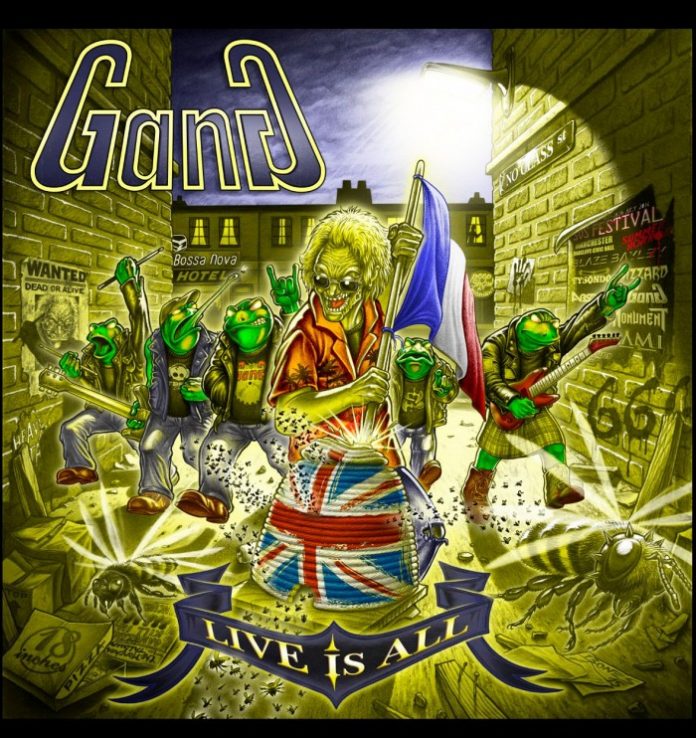 18 months after the acclaimed “Inject the Venom”, the French old school metal veterans are about to release their new live album, entitled “Live is All”. Recorded during SOS Festival 2014, in Manchester, Radcliffe, UK. This new album is simply the first official live CD recorded by a French band in the home of the NWOBHM !!

The “Inject the Venom” tour started in March 2014. The Heavy Metal fury started in France & then some European countries such as Belgium & UK, sharing stage with bands like Absolva, Oliver Dawson Saxon, Tysondog, I AM I, Blaze Bayley, Drakkar, Girlschool, M Pire of Evil (ex Venom), Chariot, ADX, Vulcain,Napalm Death, Loudblast …. To name a few.

The band told us: “The SOS Fest show was totally awesome. Who could believe that we French would conquer British fans!”

The 40 minutes set delivered was officially scheduled for the 3rd of October 2015. The set contains both songs from latest album and the previous one & includes the classic “Total Eclipse” from Iron Maiden.

As always with GANG on stage, the show is high on energy, high pitched vocals, furious riffs, pounding drums.

From the now classic opener “All the Fool around” to the crushing “Skull’s out of Genocide, GANG delivers an intense show acclaimed by all British & European fans that were part of SOS Fest No matter about polished sound. This is raw, this is true, this is live.

Check out the website site for details. GANG is working on its 8th studio album planned to be out in 2016.