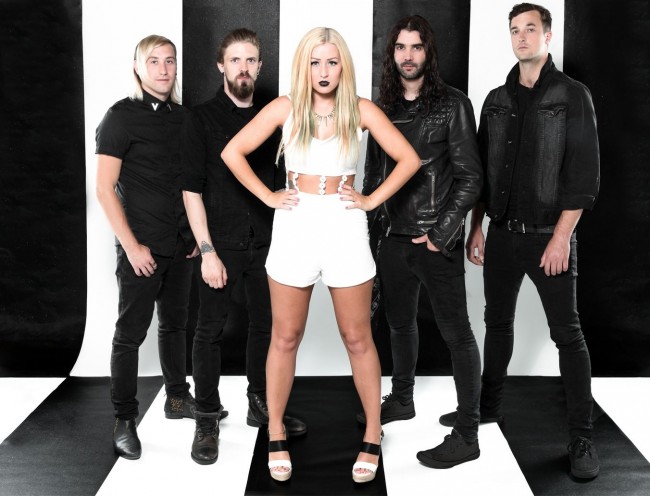 Born out of hard work, a strong DIY spirit and utter commitment, The Dirty Youth have amassed an impressive list of achievements that include successful UK & European tours with Korn, The Rasmus, Heaven’s Basements,
Fozzy, InMe, and Reckless Love, multiple Download Festival appearances, seven million YouTube views, fifty thousand fans on Facebook, and the honour of playing alongside Bruce Springsteen and Paul McCartney at Hyde Park. The band have also racked up widespread acclaim for their debut album ‘Red Light
Fix’, which secured extensive praise from Kerrang!, Metal Hammer, Big Cheese Magazine, Kerrang! Radio and Rock Sound. The industrious quintet are now set to break new ground with their new explosive double A single ‘Just Move On’ and ‘Atomic’.

This year’s sophomore full length release ‘Gold Dust’ saw The Dirty Youth again pick up much critical acclaim. Kerrang! Magazine hailed the record as ‘Brilliant’, marking the album with a KKKK review, and Metal Hammer, Big Cheese, Powerplay Magazine, Amazing Radio and Kerrang! Radio all keenly supported the release, with Jake Thomson from Kerrang! Radio declaring the album’s lead single, ‘The One’, as his ‘Single of the Week’. The album has been a true progression for the band and one that illustrates their evolving style from metal punk titans to electronic fused rocksters. In pushing the envelope, the five piece have developed a fresh sound, and in turn have
garnered many new fans. Now with the release of ‘Just Move On’, which is lifted from ‘Gold Dust’, and with their own reimagining of the classic Blondie track ‘Atomic, which is complete with a slick video that pays homage
to Debbie Harry and Co, The Dirty Youth are prepared to rule the airwaves.

The band also head out on tour supporting Alien Ant Farm this January, see dates below: