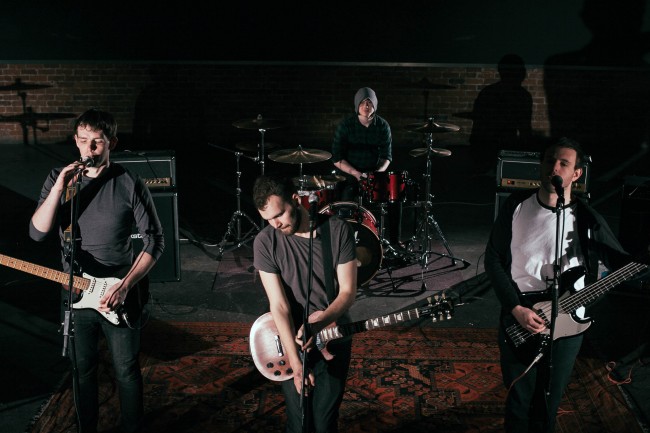 You won’t finding ’em doing the Breast Stroke any time soon, but they do have a new video single

Yorkshire based Melody-Punksters ‘This City Limits’ hurl out their new video and single ‘Too Scared To Swim’ on Monday 27th July.

Pitching the likes of ‘Brand New’ against modern British rock groups such as ‘Mallory Knox’, ‘Lower Than Atlantis’ and ‘We Are The Ocean’, ‘This City Limits’ serve up a delectable balance of musical power and energy, and
sensitive melodic expression. ‘This City Limits’ genuinely offer a fresh take on the currently over-saturated punk-pop genre.

Formed last year and hailing from Leeds, the band consist of blood brothers Will Turner (Vocals, Guitar) and George Turner (Guitar), along with Rob Burns (Bass) and Josh Peters (Drums). Throughout 2014, the animated upstarts
unveiled their debut four-track EP entitled ‘Brittle Brass & Broken Bone’, and last April, the quartet released the follow-up single, ‘Amputate’, which marked a turning point for the band, as they garnered attention from national press and radio. The band then spent the latter half of the year playing as many shows as possible, gathering support from Christian Carlisle of BBC Radio Sheffield and Tom Robinson of BBC 6 Music, and enhancing their
ever growing fan-base.

This City Limits are now ready to up the ante with the release of their new single ‘Too Scared To Swim’, which was recorded at Steel City Studios with producer James Hill. The track is taken from the band’s second EP, which
will be out later this year. ‘Too Scared To Swim’ is an enticing hook heavy affair brimming with alluring melodies and complete with driving guitar work and pounding drums. With shows and festival appearances lined up for the
summer, the band are poised to make a name for themselves on the national scene by the end of the year.