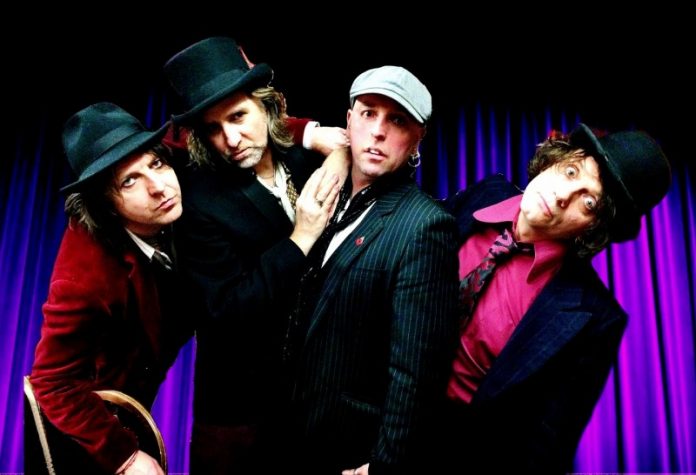 Brit rock dandies Last Great Dreamers are continuing their resurgence this Spring, with the announcement of a new single, April UK tour as guests of Welsh glam titans Tigertailz, and the launch of a PledgeMusic campaign, which will fund their first new album since the 90s.

The news is the latest development in a fabulous resurrection for the hotly-tipped 90s act, who burst back onto the scene in late 2014, when guitarist Slyder and frontman Marc Valentine reunited, releasing rarities collection ‘Crash Landing In Teenage Heaven’ to critical acclaim. Since recruiting new rhythm section Ian Scruffykid (bass) and Denley Slade (drums), they’ve toured with The Runaways’ Cherie Currie, and released their first fresh material of the new millennium, in the shape of ‘Dope School’; a November 2015 single which moved Fireworks magazine’s Steven Reid to ask “would it be unfair to suggest this comeback finds Last Great Dreamers better than they were the first time around? We think not”.

With the 21st century line-up now gelling into a tight, exciting, and dynamic gang of rockers, the band are eager to hit the road once again. Slyder says of the upcoming Tigertailz tour, “obviously we are very excited to be out on tour again, and I think the Tigertailz audiences will be very different from the Cherie tour last November, which is great. Ultimately they are a rock band, but they have pop sensibilities and catchy choruses, they love putting on a show and the whole glam, dressing up thing, as we do, so it should be a good fit. We’re less metal and more rock ’n’ roll but if their fans like good pop songs with a bit of camp swagger then they should enjoy us!” 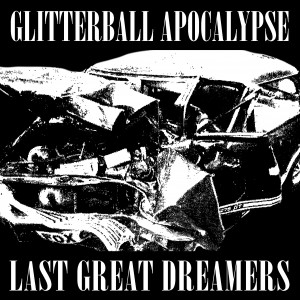 ** Last Great Dreamers headline dates. All other shows with Tigertailz.

To coincide with the tour, Last Great Dreamers will release new single ‘Glitterball Apocalypse’ on April 15th, via Ray Records. Pairing a dazzling glam rock hook and infectious melody with more sombre lyrical themes, concerning rock ‘n’ roll’s casualties (of whom Last Great Dreamers have known, loved, and lost, a few), it recalls the deftly delivered blend of hard-edges and irresistibly catchy power-pop which saw the band cited for big things by the likes of Kerrang! when they first formed. At the same time though, the song speaks of new life experience, and packs a fresh punch, with the skills of recent recruits Ian and Denley strongly in evidence on the strutting, foot-stomping glitter-rock rhythm which powers it. Together with the shimmering power-pop b-side ‘The Way We Collide’, it represents the latest fruits to emerge from writing sessions for the band’s new album, which is due to land in the Autumn.

Slyder enthuses, “for Marc and I to be writing together again is a joy. We genuinely feel that we have an album of hit singles, we’re not trying to be or sound like anything else, we’re just letting it flow and enjoying the process. Again, we’re working with Last Great Dreamers producer Tony Harris, who we’ve worked with on most of our stuff in one way or another. He’s full of enthusiasm for the project and like us loves 70s glam/rock, new wave/punk etc. There will be flavours of that, and it will be an unmistakable Dreamers album, but maybe the lyrical content will be a bit darker… we’ve certainly lived a bit and experienced a lot since we last wrote together.”

The release is being funded by a 90 day PledgeMusic campaign, which launched at the start of March at www.pledgemusic.com/projects/lastgreatdreamers. After meeting their total, the band will be donating 10% of any further funds raised to metal health charity Mind. Marc adds, “I think starting the Pledge Campaign is a brilliant way for us and our fans to work together and make this happen. They’ve followed us through thick and thin and even now I still get astounded by their level of commitment to the cause. Between us we’ll keep the dream alive!”