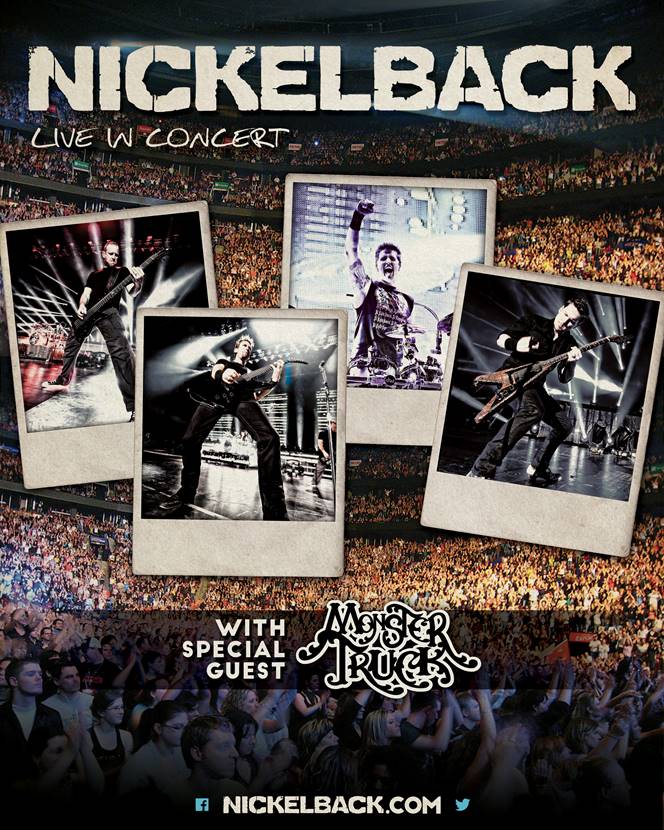 The Canadian hard-rockin’ juggernaut Monster Truck, are thrilled to announce they will be returning to Europe in September and October as main support across a host of legendary arenas for NICKELBACK.

The tour follows the release of their new album Sittin’ Heavy which has received rave reviews; being hailed as “fresh and exciting” by Metal Hammer, how they “set the bar to unprecedented heights” by Rock Sound, proclaiming the new record is “relentless and unstoppable” according to Guitarist and a “hard rocking masterpiece” by Big Cheese. As well as guitar legend Slash backing their corner, Dee Snider can’t get enough of them saying “Holy Fuck, this band rocks” whilst Dave Navarro has come out with ‘Killer band, great guitar playing.”

In true road warrior style they have learnt their chops on tour and have been relentlessly tearing through shows and have already opened for the mighty; Gun’s n Roses, Slash, Alice in Chains, ZZ Top, Buckcherry, Rival Sons and Vista Chino over the last 2 years and are ready to show the Nickelback fans how hard-rocking they can be.

General Tickets go on sale 9am on Friday 11th March

You can buy tickets from: http://ilovemonstertruck.com/

Previous article
The Apocalyptic Love Bomb, Baby
Next article
An Almanac Of Lyrics