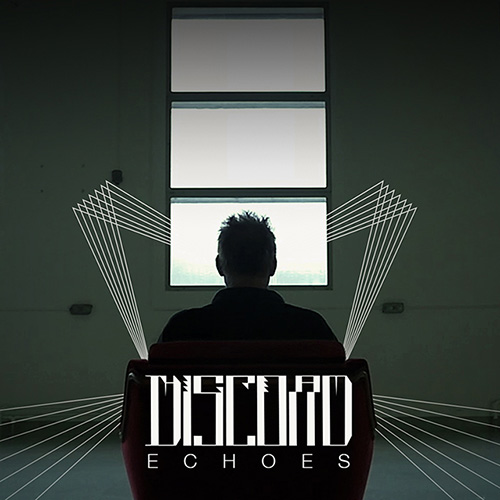 The Great Discord explain their new one

How do you describe an enigma? In the case of THE GREAT DISCORD, certain words come to the fore: Cinematic. Grandiose. Haunting. Soaring. Devastating. Unique. But still, it is perhaps impossible to paint a vivid picture of the Swedish unit, whose layered, textured music gets under the skin and is as likely to conjure exhilaration or a sense of poignancy in the listener as it is a profound and deep seated unease.

September 18th marks the release date for the Echoes EP. Echoes contains edited versions of two tracks that appear on THE GREAT DISCORD‘s most recent full-length, Duende. The 5-track EP (released on Metal Blade Records) also contains an acoustic version of current single “The Aging Man” and cover versions of “Inertiatic E.S.P.” by The Mars Volta and “Cherry Waves” by The Deftones. It is currently available via all major digital retailers. Additionally, the video for the acoustic version of “The Aging Man” that appears on the Echoes EP received a premiere onBloodydisgusting.com.

THE GREAT DISCORD explains: “This acoustic version of The Aging Man was in a way an experiment for us, as the song in its form on the album is a very twists and turns type metal song. The original song is, to us, a kind of blue print for our album Duende. It carries with it bits and pieces of everything we tried to achieve on the album.

“The experimentation when making this version consisted of us, breaking down the song to it’s most fundamental form, and from there making sure the song worked even without the pyrotechnics of a modern metal production. We could not help ourselves of course to experiment a little with the harmonies and chord shapes but essentially this is The Aging Man performed simply with a piano and vocals. Incidentally, this is a very useful approach when writing songs in general. If its not convincing with a single melodic instrument the song might still need some work. In the end we found ourselves very happy with the result and decided to share it with all of you.

“In the video, we wanted to echo (hint) this visually. So, the obvious choice was to have a very simple video. A mellow and non epileptic type, with toned down, simple colours. A single take of Fia, performing the song in the studio where we recorded the EP. We do hope you like it.”

Fans can purchase “Echoes” in iTunes and Amazon, today.

Catch THE GREAT DISCORD NEXT WEEK: