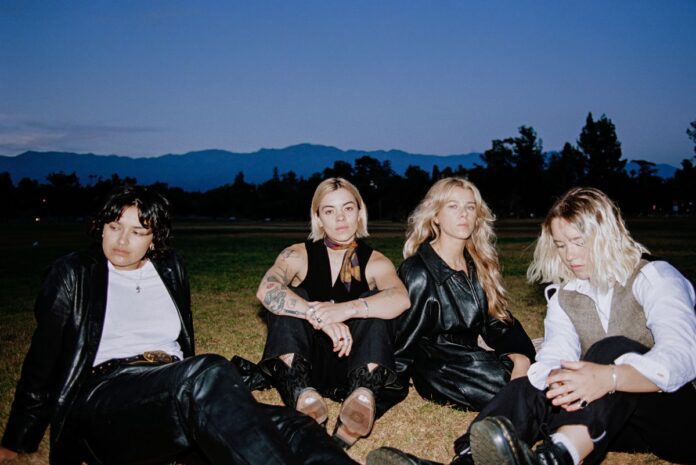 The Aces are ready to greet you now, again. It’s been four years since the quartet released their acclaimed debut album, When My Heart Felt Volcanic.  In those four years, the band has supported 5 Seconds of Summer, X Ambassadors, and sold out their own US headline tour.  They are now to continue this success while supporting the Vamps throughout the 12 stops of their tour across the UK this winter.

Universally relatable and yet deeply personal, in 2020 The Aces returned with the confidence only time and true friendship can bring. Their album Under My Influence isn’t just brimming with honesty, but with trust—trust in themselves, as individuals, as a group, and in their camaraderie with their fans. The Aces are the next “it” girls, but not like “it” girls of the past. They are changing what it means to be an influencer and embodying what the modern woman has become. The Aces have developed the ability to connect with the new generation of music listeners. Sisters Cristal and Alisa Ramirez (vocals/guitar and drums, respectively), McKenna Petty (bass), and Katie Henderson (lead guitar/vocals) – all friends since grade school in Provo, Utah – explore growing up and falling in love in the 21st century with candid honesty and endearing relatability.

With total global streams surmounting 200M+ and UK streams surpassing 18M+, an infectious new single “Girls Make Me Wanna Die”, and recent stops at Pride Festivals across the country, The Aces are primed to make a big splash into 2023.