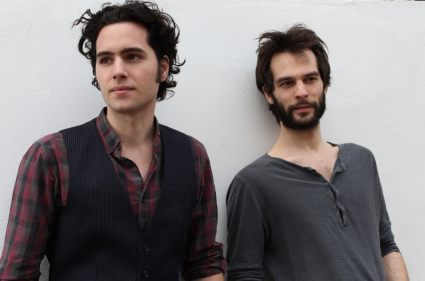 Jupiter Way are a London based modern blues-rock band formed by Kevin Thomas (Vocals & Acoustic Guitar) and Jullian Vuitton (Guitar, Dobro and Harmonica). The engaging rock ‘n rollers release their new video single for Trouble Is Mine on Friday 8th July, through all stores.

At the fledgling age of seventeen, the beginnings of the band were formed when Kevin and Jullian met at university back in Switzerland. Fueled by a mutual passion for Creedence Clearwater Revival and Led Zeppelin, the duo soon began to play together. However, after finishing university, Jullian found a job in the trading floor of a bank while Kevin continued to study Law. Conflicting work schedules soon became a constant issue for the band, so the two-some decided to leave their day jobs behind them and give everything to their music, heading off to London for a new base camp. 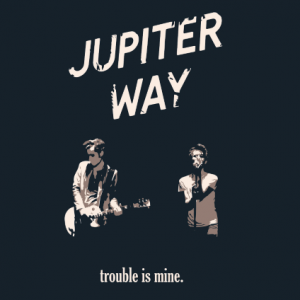 Jupiter Way arrived at the nation’s capital in 2015 and soon began playing clubs and small venues throughout the city, quickly amassing a cult following. Later in the year, the band dropped their debut EP Catch Fire, which showcased the duo’s incredible knack for taking the raw blues rock of the 60’s and 70’s and fusing it with a modern delivery. This year, the band added James Collymore to the ranks on keyboards and played further prominent shows at 100 Club, O2 Academy Islington, Proud Camden, and The Jamm before hitting the studio again to work on their stunning new single Trouble is Mine. The single arrives this July, and with a new EP in the works for later this year, the future is looking very bright for these UK rockers.

// Jupiter Way have a Single launch show on Friday 8th of July at the Finborough Arms, London //