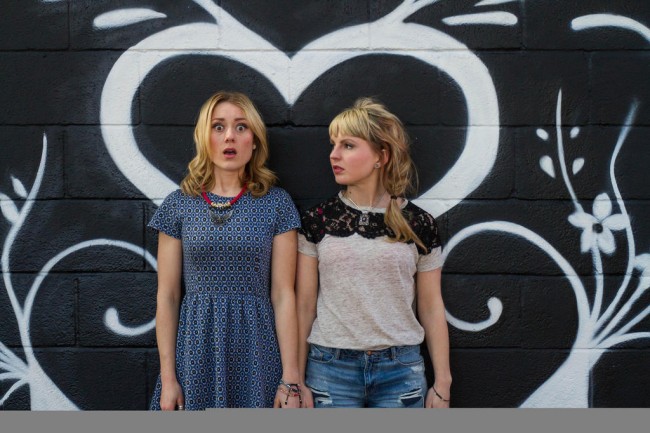 Unsigned, independent, Devon-based acoustic duo Sound of the Sirens are rounding off an extraordinary couple of months in their career with a live performance on the first episode of the new series of legendary Channel 4 show, TFI Friday.

Personally requested by Chris Evans – who this summer has already invited them to perform both at this year’s Carfest, and live on his Radio 2 show – Abbe Martin and Hannah Woods will perform to a TV audience of millions, alongside other the two other musical guests on the show; Take That and U2!

Abbe says, “This is the icing on the cake for us after rollercoaster year which has included performing at Glastonbury, live on Radio 2 and now TFI Friday. We are ecstatic about this incredible opportunity, but we aren’t allowing ourselves to think about it too much for fear of nerves! TFI Friday is an iconic show and we simply can’t wait to perform for them – we will try and not show up the other bands too badly! We are very, very thankful to all those who have supported us so far.”

SOS are also set to embark on a small headline tour this Autumn on the following dates:

Sound of the Sirens is a foot-stomping, crowd-engaging female acoustic duo whose strengths lie in their passion and chemistry. These girls know how to rock a stage, and have the ability to make you believe in every word they sing.

The duo’s audience rely not only on the energy and diversity of the music, but also on the chemistry between Abbe and Hannah on stage. They’re witty and sincere, and it’s this very quality of down-to- engagement and communication during performance’s, that has seen their popularity rise substantially over the last five years.