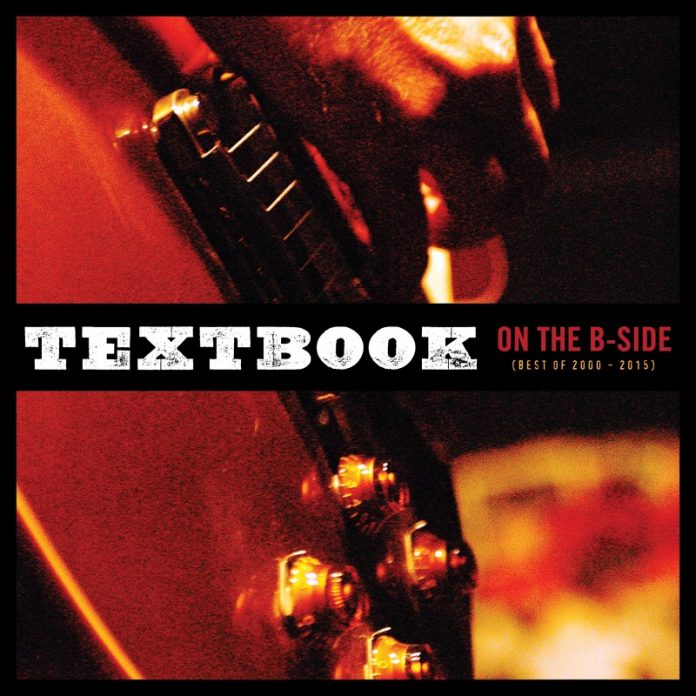 New track streams ahead of release

Paper and Plastick are getting closer and closer to the first release from our Sound of the Skull Series!

Textbook’s limited skull and USB key bundle of “On The B-Side (Best of 2000 –2015)” will be available on the P+P Webstore on March 4th. You can find it on your preferred digital source on the same day!

We are now streaming a second song, “Outside” from the release.

For the past 15 years, the Chicago band Textbook has been crafting their own brand of Midwestern pop-punk inspired by bands like The Replacements, Hüsker Dü, Superchunk, The Lemonheads, Guided By Voices and many more. Sometimes pop, sometimes punk, and occasionally a little country, the band’s constant is singer/songwriter Dave Lysien’s honest approach and melancholy outlook that give the tunes an identity all their own. Formed after the break up of his previous group Not Rebecca, Lysien has called on a group of friends to fill out the band which has included members of Dan Vapid and The Cheats, Noise By Numbers, Oblivion, and The Bomb. To celebrate the band’s 15th year, comes the record “On The B-Side (Best of 2000 –2015)”. This collection of songs spans the entire Textbook catalog and features production by Matt Allison (Alkaline Trio, Lawrence Arms), John Agnello (Dinosaur Jr., Motion City Soundtrack), and Mike Haigler (Wilco, Neko Case). These 16 songs are re-mastered, feature guest spots by Chicago punk legends Jeff Pezzati (Naked Raygun) and Dan Vapid (Methadones, Screeching Weasel, Riverdales), an unreleased acoustic version of the song “Dear You, Dear”, and a cover song by the UK band Chillerton.