Signs Of The Zodiacal 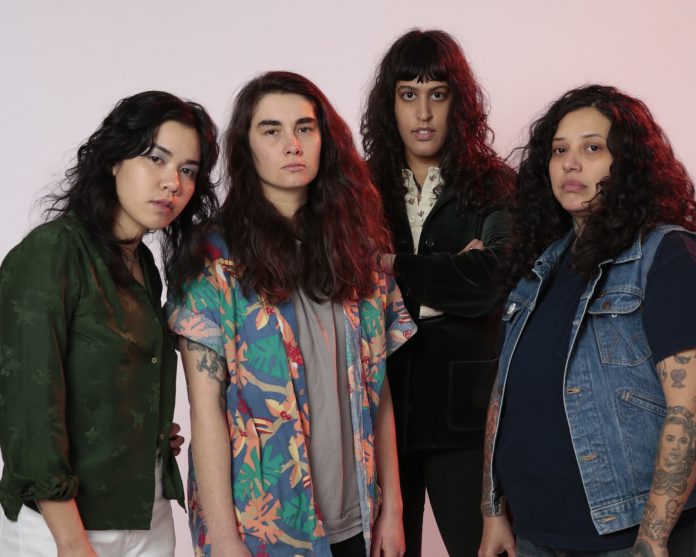 After Queen Crescent’s acclaimed self-titled debut in 2015, the band returns with a new track set to be released on Who Can You Trust? Records’ compilation EP “Sweet Times” (Volume 5). The band teamed up with director of photography Ethan Indorf (The Fresh and Onlys’ “Waterfall”) and director Doug Avery (Hot Lunch’s “She Wants More”) to bring shadowy, hypnagogic visuals to their latest track. As the members summon a phantasmic creature of both light and dark from the depths of their collective subconscious, frontwomen Melissa Vu and Andrea Genevieve intone the desire for human connection. Instead, they are seduced into a journey of the shadow self.

Queen Crescent brings to mind Los Dug Dug’s at their heaviest and Black Sabbath at their most experimental. The four-piece grabbed listeners’ ears in the heavy rock, psych, and prog worlds in 2015 with the release of their otherworldly self-titled debut. In just over a year, the band has shared the stage with  far-out rock ‘n’ rollers like Nik Turner’s Hawkwind, Morgan Delt, Mondo Drag, Yonatan Gat, and Hot Lunch.

Queen Crescent heads back to the studio to record new material this month with Chaz Bundick of Toro y Moi. “This new recording will take us beyond the 11th dimension,” says guitarist Andrea Genevieve. “You have a rock band like Queen Crescent, teeming with raw power, collaborating with one of the most talented new producers in music today–I can only imagine the alchemy that will come out of that session.”