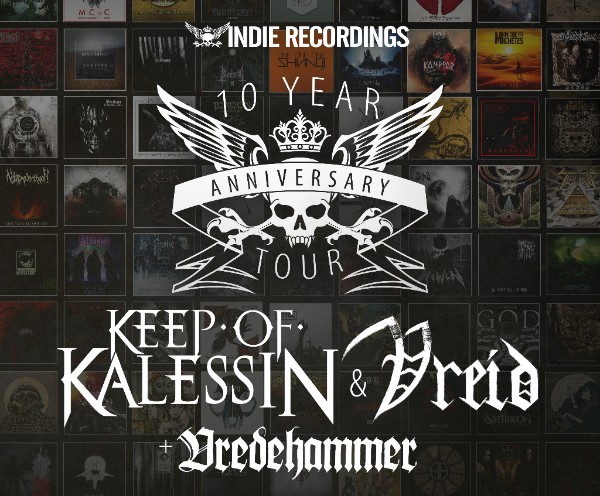 Label celebrates a decade with special shows
2005 marked the beginning of an era for Norwegian metal. With the signing of bands such as Vreid, Tulus, In Vain and Keep Of Kalessin – Indie Recordings quickly became a name on everyones tongue. The knowledge harnessed from founders Espen and Erik Solheim Røhne through their work with Tuba Records gave them the tools necessary to start, and establish Indie Recordings as one of the leading independent Norwegian metal labels.

It is therefore only fitting that some of their first signings in Vreid and Keep Of Kalessin are the ones to carry the torch of distortion and blastbeats through Europe. The veterans are accompanied by a new breed of sonic warfare in Vredehammer – a band so ferocious that even Beelzebub would soil himself when faced with their agonising fury! Leave your nerves at home because this is one hellish brigade, sure to do damage on the frail and the timid.

We hope to see you there!