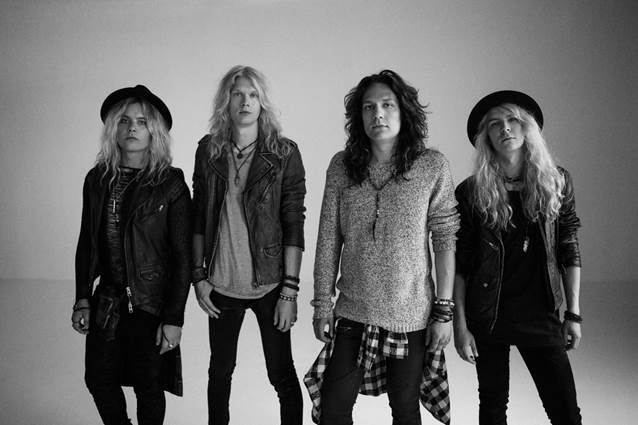 In keeping with their reputation as the hardest-working band in the Finnish rock scene, Helsinki’s Santa Cruz have spent the last couple of years recording albums, releasing singles & videos and touring around the world. In 2013, they issued their chart-entering debut album, followed by its chart-conquering (#3 on the Finnish Mainstream Album Chart) self-titled successor, showing that their work(aholic) ethic was fully intact.

To appropriately cap off a great summer of festivals and touring, Santa Cruz have revealed a brand-spanking new video, “Let Them Burn”, which nicely moulds the visual benefits of the band’s explosive live shows, dynamic pulse, get-it-done attitude and youthful shenanigans into an exceptionally memorable clip.

True to form, the Cruz’ Boyz are, of course, not just releasing a new video, but also packing their gear up once again, this time for another excursion to the UK – their newly-found home-away-from-home.