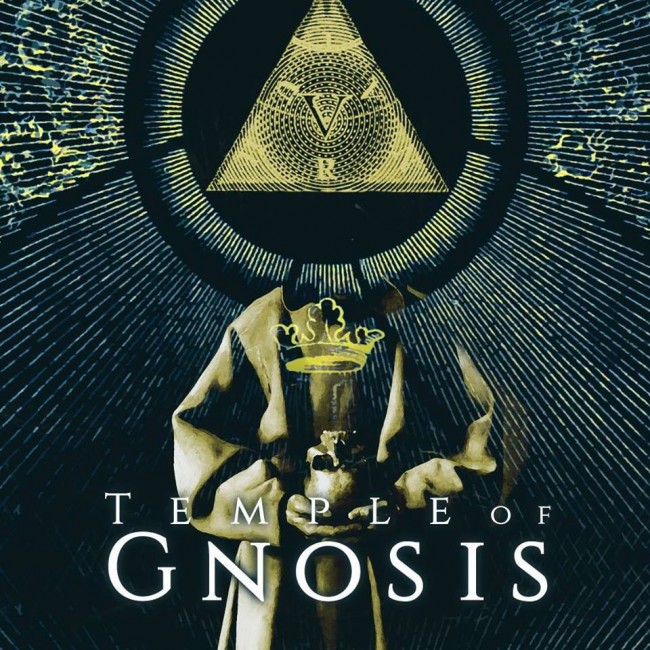 Temple Of Gnosis is a dark doom metal project founded in early 2015 by a person under the pseudonym H.M.T.

If that’s secretive then all the best at asking him to explain the sound: “If it is necessary to describe the music of this project with words and classify it in the subcategories of the genre, it could be said that the Temple of Gnosis are specifically playing “alchemist, occult death / doom metal,” we are told.

They are more forthcoming on the concept: The music is inspired by the Western esoteric tradition, especially the alchemical process of Enlightenment and within that, the first stage of the alchemical work called “deconstruction,” they say.

“Philosophically, this is the first process of transformation of mind and spirit, and it consists of catharsis (discharge and purification) and the destruction of the original structure in order for the new one to be built upon its ashes. In alchemical tradition, this is the first, most essential and necessary step that leads to the transmutation of the spirit. Using the old alchemical acronym “V.I.T.R.I.O.L.U.M.” will be best to describe the importance of this process; “Visita Interiora Terrae Rectificando Invenies Occultum Lapidem Veram Medicinam” or translated “visit the interior of the earth, and by rectifying you will find the hidden stone which is the true medicine”.

The band explains: “This is to say that there is no enlightenment without traveling through the darkness and the depth of your mind and spirit; deep in our subconscious is where the wisdom is and the singularity of our spirit waiting to be released and developed; light and darkness are not essentially different phenomena, they go together and act as a single dimension of which they are only the poles.”

Music is a peculiar combination of dark ambient, doom / sludge riffs and death metal vocals, all supported by dark symphonies. The aim is to create a dark atmosphere that will introduce this alchemic “depths of the earth,” the process of dealing with the Shadow and dark emotions, the way through the darkness to the light. Through the music and artwork many hidden aspects of mystical and esoteric traditions are also permeating.
The first official release in digipack format called “Mysterivm Magnvm” (an EP release) is expected in June, and a full-length album most likely at the end of the year.