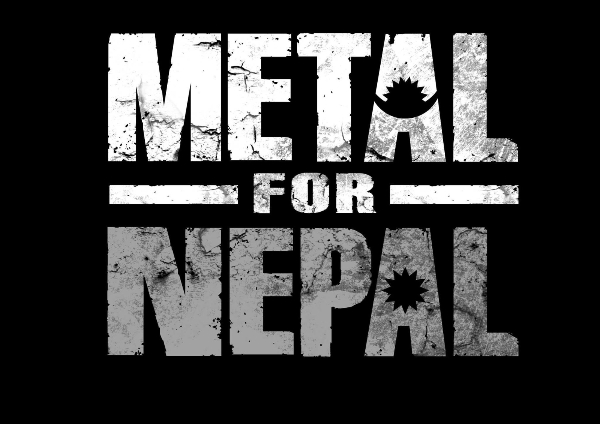 Tenacity Music recently launched the project METAL FOR NEPAL with the objective of collecting funds to help Nepal and the Nepalese people affected by the earthquake of April 25th.

The main goal is to organize a series of metal shows in Switzerland, France and possibly other countries in Europe and raise funds from ticket sales/donations that will be distributed to several humanitarian organizations currently helping the victims of the earthquake.

Randy Schaller, Tenacity Music’s manager and the creator of this project issued the following statement:
“Today it isn’t as a musician, booker, concert organizer or manager that I’m writing to you, but as a friend of Nepal. I discovered this beautiful country in 2010 while playing at the Silence Festival, the first Nepalese open air festival. Since then, I have kept very good relations with the local community, among them the biggest metal band of the country, UNDERSIDE, with whom we still collaborate regularly (Swiss tour in 2012 and European tour in 2015). To provide assistance to Nepal, we just launched the initiative METAL FOR NEPAL. A music tour whose goal is to raise funds in order to help the country to rebuild itself.”

“The idea is to organize/promote a series of metal concerts all over Switzerland (and even in France) between May and June 2015. The bands would perform for free and all the revenues generated would be donated to a humanitarian organization that will use this money to help people on-site.
In a few days, we already have more than 3’500 followers on our facebook page, more than 100 Swiss bands are motivated by this project (in addition to Tenacity Music’s roster) and several professionals are ready to do their part.
We therefore call for your solidarity! And hope you can find a date in your agenda to participate in this good cause and accommodate one of our humanitarian events. Or help in a different way.”