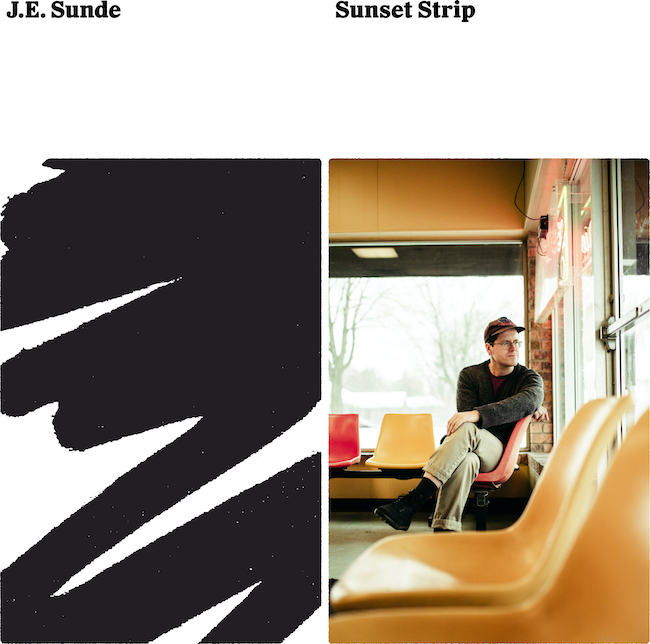 ‘Sunset Strip’, the first single from J.E. Sunde’s follow up album to 2017’s ‘Now I Feel Adored’, is out now. Released on French label Vietnam (distributed by Because Music / Universal), ‘Sunset Strip’ is a summery groove set on the Sunset Strip that talks about the end of a relationship.
LISTEN TO ‘SUNSET STRIP’ HERE AND ON SOUNDCLOUD
The arrangement of the song was inspired by the LA songwriter sound of the 60s / 70s, the angelic female backing vocals found throughout Leonard Cohen’s records and also contemporary artists like Steve Gunn and Andy Shauf.
New album ‘Nine Songs About Love’, co-produced by Brian Joseph (Bon Iver, Sufjan Stevens, Paul Simon) and Shane Leonard (Humbird, Anna Tivel, Sean Rowe), relies on a band-in-the-room aesthetic to capture the live energy and feel of Jon Sunde and his longtime bandmates Shane Leonard (drums) and Andrew Thoreen (bass guitar).

A native of Wisconsis, now based in Minneapolis, J.E. Sunde is a songwriter and composer who writes from the American Songwriter tradition but just to the left of center. After many years of crafting beautifully unusual music with The Daredevil Christopher Wright, Jonathan Edward Sunde immersed himself in a new solo project that embraces his influences, from smart, bouncy Paul Simon-y folk-pop to the earnestness of Jonathan Richman to the heartbreak and boldness of Nina Simone.