Sunday’s Child Is Full Of Grace 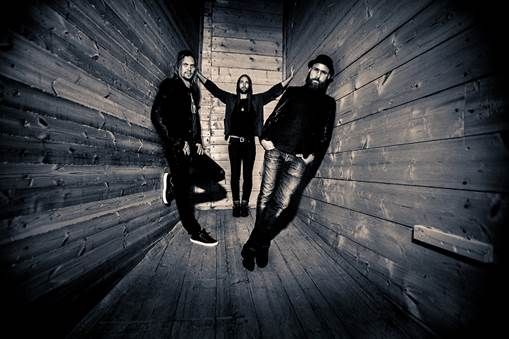 VON HERTZEN BROTHERS have released an official video for ‘Sunday Child’; the track is the third single to be drawn from the Finnish band’s latest / sixth ‘New Day Rising’ album.

The video was filmed at Söderskär’s Lighthouse Island in Helsinki’s outer archipelago; the band – brothers Mikko, Kie & Jonne Von Hertzen, plus drummer Mikko Kaakkuriniemi & keyboard player Juha Kuoppala – played an exclusive show on the Island and had the entire event filmed with a view to creating something truly memorable…

“At the end of summer, we performed an exclusive show on a tiny island outside Helsinki,” explains Mikko.  “This remote, rugged and expansive  location, with its 150 year old lighthouse, was a perfect match for the atmosphere and story of our new single, ‘Sunday Child’. With this in mind, the goal was to capture this magical late August day from beginning to end. The music video that followed is like a diary or a photo album of this special event and our gig right by the open sea.”

ON THE live front, VHB – who recently played live at the Prog Awards in London – have headline shows lined up stretching through to late November; they will be visiting Sweden, Denmark & Germany, having recently appeared at the prestigious Tavastia Club in Helsinki. Further UK dates will follow in 2016, with the band already confirmed for HRH Prog Fest 4 in Pwllheli, North Wales, in March

The ‘New Day Rising’ album,  produced by the Grammy-nominated Garth ‘GGGarth’ Richardson and mixed by Juno Awards winner Randy Staub, is available now; it has been nominated in the ‘Album Of The Year’ category at this year’s Classic Rock Awards.