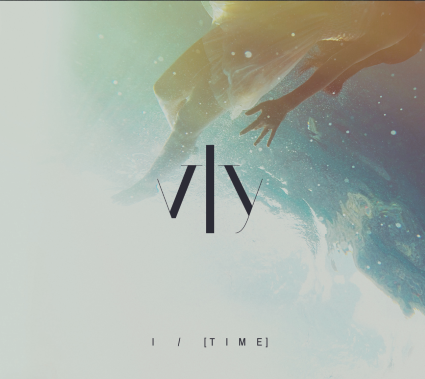 Progressive Music has always dared to go where no one else would, always tries to be at the vanguard of stuff that’s new. But there’s still something strange about this record being put together by people who didn’t know each other at its outset.

The story goes that the band was initially a collection of ideas that Karl Demata of Crippled Black Phoenix had. Through mutual friends and with the passage of time, he gathered together a disparate group, some of whom he knew, others he didn’t, and they began emailing the ideas around.

The result is here, with “I/Time” and its extraordinary and moreover, extraordinarily cohesive. It’s a brooding piece of work, and actually works incredibly well as a whole listened to from beginning to end and embarking on its thrilling journey.

It starts with the lush “Circles” with its understated attitude acting as a neat introduction to the record. There’s a very definite crescendo here, as it builds to a wonderful peak on its chorus, while the widescreen title track is even better, it’s closing “your not the only outlaw on this ride” refrain really wrapping itself around your consciousness.

“Headache” has echoes of latter day Marillion as it meanders at gentle pace amid a pulsing rhythm, and “Out Of The Maze” is another that goes where it wants but just about manages to restrain itself but stops shot of cutting totally loose.

And “I/Time” is not a visceral album. There’s a feeling that if they wanted to, the five here could really cut loose with the showy histrionics, that they never do is to the albums credit.

Of the people that Demata did know before he began the project, one his vital to the dynamic here. Chris Helliman brought with him the same love of classic rock that he uses to augment his work in Crippled Black Phoenix and does so again in VLY. This approach is particularly evident in work like “Out Of The Maze” but you do feel that this a record that is happier when it’s living out its early Floyd fantasies, as on the brilliant “Hypnotic.”

And it is another one of the what we might term as proto Floyd tracks that really takes the eye. The longest song on the record too, “Perfect Place” is nothing more than a wonderfully evocative piece of timeless prog.

There’s a couple of instrumental pieces too, and it’s one of these that ends the record. “Time Forgotten” is an interesting track, telling a tale maybe, but leaving things open ended, perhaps to be explained in act two. Given that the debut is so good, then who knows what’s in store for the second album. After all, they know each other now so could really hit their stride.