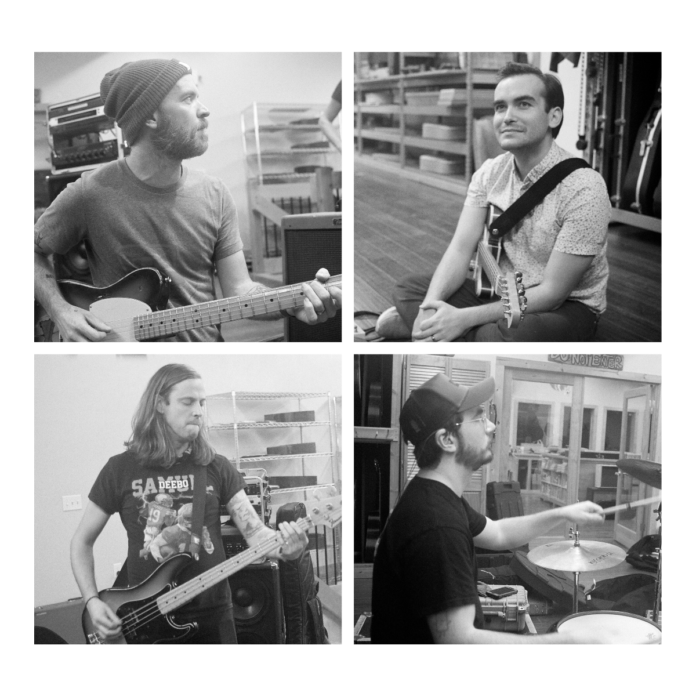 Indie-rock quartet All Get Out have announced their new album Kodak, due for release on 3rd June 2022 via Rude Records (UK/EU) / Equal Vision Records (ROW). The band’s first full-length offering since 2018’s No Bouquet, Kodak is an album centred around the concept of small town living in America and how they — along with its people who stay behind — continue to remain frozen in time.

All Get Out have also released a video for their new single ‘Sumter’. Check it out here: https://youtu.be/ZWlvao9HTyY

‘Sumter’ is one of two songs on Kodak that references temporary memory loss experienced by frontman Nathan Hussey‘s mother. The track finds him offering up some self-aware, self-recrimination about his attitude towards these hometown memories via a hefty nostalgic jangle. Lyrically, the track is the centrepiece of the album and is another reflection on the unaddressable things that still bother you from another era of your lifetime.

As much as you can try, you can never fully run away from who you are, because it’ll always be part of who you are. It’s in your soul, your heart, your essence. That sense of resigned futility is something that All Get Out has captured on its touching new album, Kodak.

Formed in Charleston, SC in 2007, frontman Nathan Hussey is the only original member left in the band, joined by guitarist Kyle Samuel, drummer Dominic Nastasi and bassist James Gibson. And while Hussey and Nastasi really fleshed out the demos between them before recording the bulk of the songs in May 2021, a conscious decision was made this time around to also incorporate the same kind of approach Hussey had taken with the two solo albums he’s released.

“We wanted to make a record where I got my voice, as the writer, heard first – and then we tacked on everything else,” Hussey says. “It’s means this is more of a songwritery record, and that’s on purpose.” It’s a method that suits the introspective nature of the record perfectly.

Having uprooted from South Carolina to Texas, Hussey recently found himself moving back to his home state. He says that’s not the reason why the theme of the record is centred around the idea of small American towns like Sumter – and everything good and bad that they represent – but they’re nevertheless infused with his experiences and memories of them.

“A lot of the record came out to be about growing up in small towns that don’t move,” explains Hussey. “There are these little American towns that just haven’t evolved, and that’s on purpose — the way Bubba still has a Confederate flag on his pickup truck, or how friends and members of my family have perpetuated the small town thing of having kids at 18 and doing drugs. It’s just this cycle that keeps happening.”

Throughout the course of these 10 tracks, Hussey immerses himself in the history of his home state, and in a weird, ironic way, it’s here – back at the start but while trying to get away from it – that he found both himself and the closest manifestation of what he’s always wanted All Get Out to be. As such, it’s fitting that, with final song ‘Know Your Tell’, Kodak ends where it began — in a car, with nothing answered and nowhere to go but both forward and back at the same time. And just like a photograph, it’s a physical snapshot of the past that also exists now, in the moment.

“This album is either who I am or where I came from or a combination of both,” says Hussey. “I’m very slow to evolve, and that’s part of the record as well. Not to get too meta, but it takes me a long time in life to get there sometimes. I don’t know if I manage to reconcile my past with my present, but it’s definitely been brought to attention – and that’s what was so important about this record.”