Summoning The Beat In The East 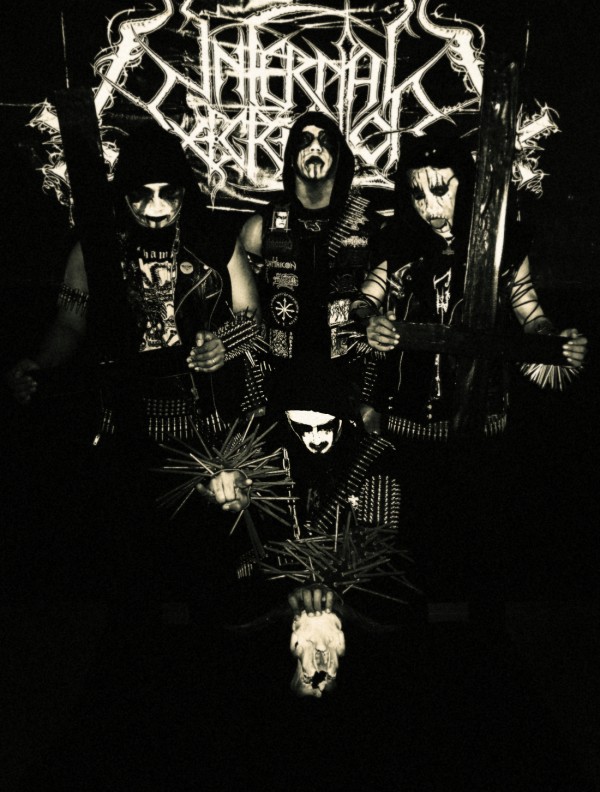 Morbid visions in the core deep down, hatred in mind and music poisoned by insanity: these traditional ideas of Black Metal are presented by INFERNAL EXECRATOR from Singapore.

In times of lame genre-mixes and fake poseurs those four hateful creatures concentrate on the aggressive main business: Black/Death Metal for hard-liners.
“Infernal Satanic Adherent” is the first full-length created by those guys who have been infecting the eastern Asian region since 2005. It contains five tracks full of raging energy, remorselessly thrashing the listener.

The band ask simple question: “Why listen to this? Well, the compositions are not just a simple pounding, but most intensive with their breaks, the hysterical riffing and the harshly spat out vocals.”

Which sounds alright with us!

The European CD-Version of the album is released by Dunkelheit Produktionen exclusively. Fans of 1349 (Beyond the Apocalypse), BLACK WITCHERY and IMPALED NAZARENE will enjoy this.