Ukranian Black Metallers stare into the abyss on new EP 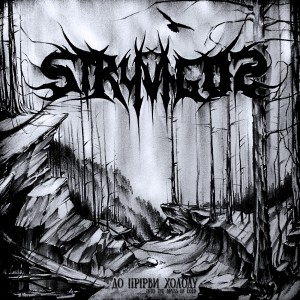 STRYVIGOR, band driven by KRODA’s guitarist Khladogard, presents their new EP “Into The Abyss of Cold”. Release consists of four cold tracks of pure destruction and a cracking cover of DARKTHRONE’s legendary “Under The Funeral Moon”. Atmospheric Black Metal for fans of ASTROFAES, KHORS and DRUDKH.

The Foundation of STRYVIGOR was settled in the autumn 2012 in Khmelnytskyi (Ukraine) by guitarist Khladogard (ex-VENDOGARD) and vocalist Dusk (ENDLESS BATTLE, ZGARD). By that time the material for their debut album was finished – it was Atmospheric Black Metal from the stylistic point of view. Later drummer Rungvar joined the project. In winter 2013 the band started the recording session for their debut album and in spring of the same year the project got its name – STRYVIGOR. 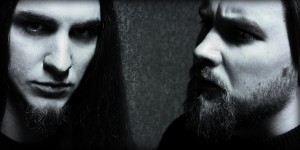 Stryvigor is a mountain river which flows through the magnificent Carpathians and brings the wisdom of our ancestors and memory of our land with the river’s rapid stream. Namely this river inspired the musicians to form a new project, as the main lyrical topics are related to Nature, wintry landscapes and woody twilights, infinite stellar firmament and the infinite Universe, the babble of a rapid mountain stream and a sunrise of the spring Sun, memory of warrior valour and blood-based brotherhood. All of these things are closely intertwined in the songs of STRYVIGOR and solely written in Ukrainian language.

The debut album by STRYVIGOR, which has a symbolic title “Forgotten by Ages”, was released on September 13, 2014 by Svarga Music. Shortly after that Dusk leaves the band, and Khladogard take over the vocals. With a new line-up band records a four-track EP “Into The Abyss of Cold” [“До Прiрви Холоду”], which will be released on August 13, 2015 jointly by Svarga Music (Germany) and Fimbulvinter Productions (Brazil).