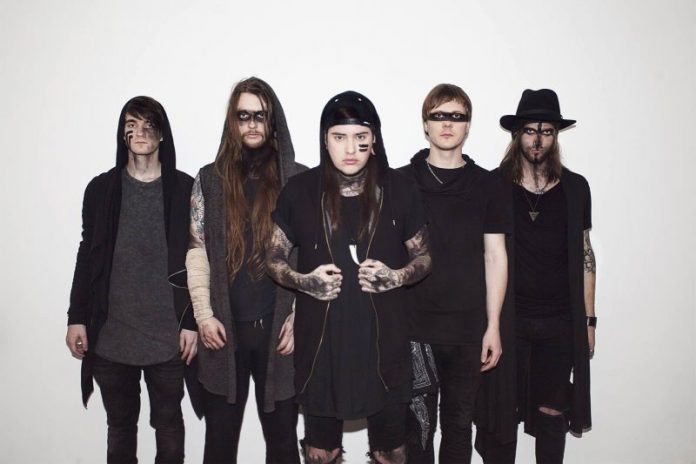 Thousands of views on YouTube, sold out tours, crazy shows and even crazier parties;Cabin Boy Jumped Ship have caused a proper furore since their formation in 2013. Now the Leicestershire electronic metalcore outfit have dropped a striking new video from their second EP, Pathways.

Vocalist Conor comments:
“This track is about the sinister truths behind the uneven distribution of wealth and how the leaders of the free world masquerade as bankers and politicians instilling false hope into the masses by using money to control and manipulate people Into an illusion of freedom.”

Cabin Boy Jumped Ship are testament to the fact that the music scene never ceases to give us hugely entertaining surprises. The band seek to create fresh new music that crosses over multiple styles and genres, without sticking to a set formula.

Cabin Boy Jumped Ship are preparing to take their party on the road with their Pathways Tour, in support of the EP release. Joining the band on the road are Leeds metalcore outfit On Hollow Ground.