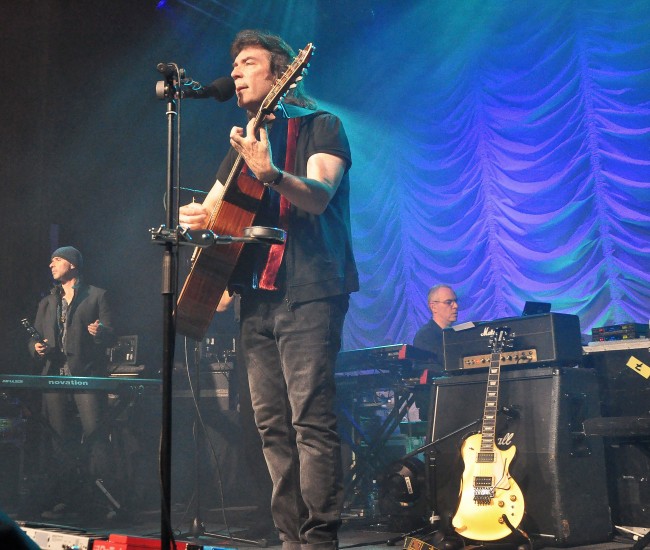 Legend talks ahead of his tour

On the back of his latest chart album Wolflight and to celebrate his 40th Anniversary as a solo artist, Steve Hackett brings his 19 date ACOLYTE TO WOLFLIGHT WITH GENESIS REVISITED TOUR to the UK in October.

The set list will cover a huge part of his discography, with a selection of solo material from early albums including Voyage of the Acolytewhich celebrates its 40th Anniversary this year and Spectral Mornings, right up to his new studio album Wolflight; In addition, audiences will also enjoy a set of Genesis Classics, many of which have not been played by Steve in recent times. Steve enthuses: “I’m looking forward tremendously to creating a show celebrating both early material and my latest album ‘Wolflight’, using magical surround sound. We’re also involving a whole new set of Genesis Classics, including several numbers I’ve not played since the Seventies, such as ‘Can-Utility and the Coastliners’, ‘Cinema Show’ and ‘Lamb Lies Down On Broadway’ and ‘Get ’em Out By Friday…'”

Steve’s new album Wolflight takes the listener on an imaginary journey through time and space on the eternal quest for freedom. The legendary guitarist is looking forward to bringing this latest chapter of his career to the stage while re-living his musical evolution.  The show will satisfy both old and new fans and further broaden musical horizons, retracing the ground-breaking steps leading to Wolflight.

The line-up for the tour will be Roger King on keyboards, Gary O’Toole on drums, Rob Townsend on sax, Roine Stolt on bass & 12-string guitar, Nad Sylvan on vocals and Steve Hackett on guitar and vocals. Vocalist/guitarist Amanda Lehmann will join some of the shows as special guest.