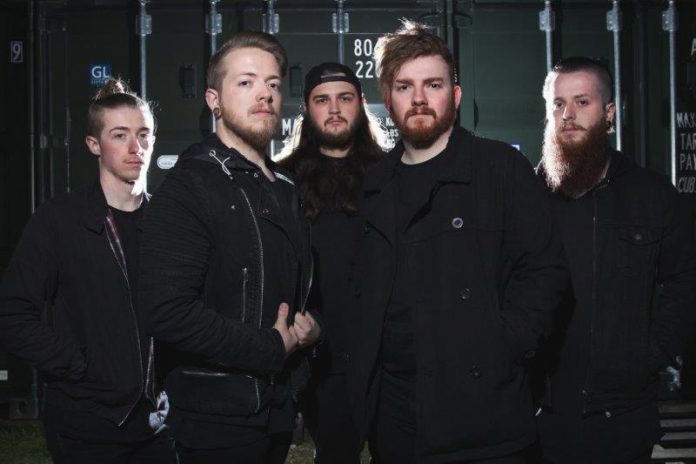 London’s THECITYISOURS are set to make their mark on the UK with their adrenaline charged, melody packed debut EP Wildfire, which is set for release on 22 July 2016.

Having already made a fan in Asking Alexandria’s Ben Bruce, their debut video and EP title track has been premiered via his Serpent & Co website. Check it out here:

Sitting between modern metalcore and UK rock, THECITYISOURS have created a sound that both packs a punch but is also full of multiple sing-a-long hooks in every track. Frontman Sam Stolliday’s melodically abrasive vocal delivery intertwines with singer / guitarist Mikey Page’s angelic tones to great effect, whist Mikey and fellow guitarist George Munroe provide chunky guitar riffs and space rock inspired leads. Conor Fountain (drums) and Jamie Deeks (bass) are the band’s solid foundation which combined with all the elements, is comparable to the likes of Bury Tomorrow and Of Mice and Men, but also The Amity Affliction and early Deaf Havana.

Since the release of their debut single ‘A Reason‘, THECITYISOURS have already toured the UK far and wide, playing shows with the likes of Don Broco, Betraying The Martrys, Roam, The Hell, Heck, Napoleon, Attention Thieves and more. Having been a band for barely a year, this makes THECITYISOURS’ achievements to date all the more impressive.

THECITYISOURS will support Fort Hope in May and will be announcing their first full headline tour this summer.