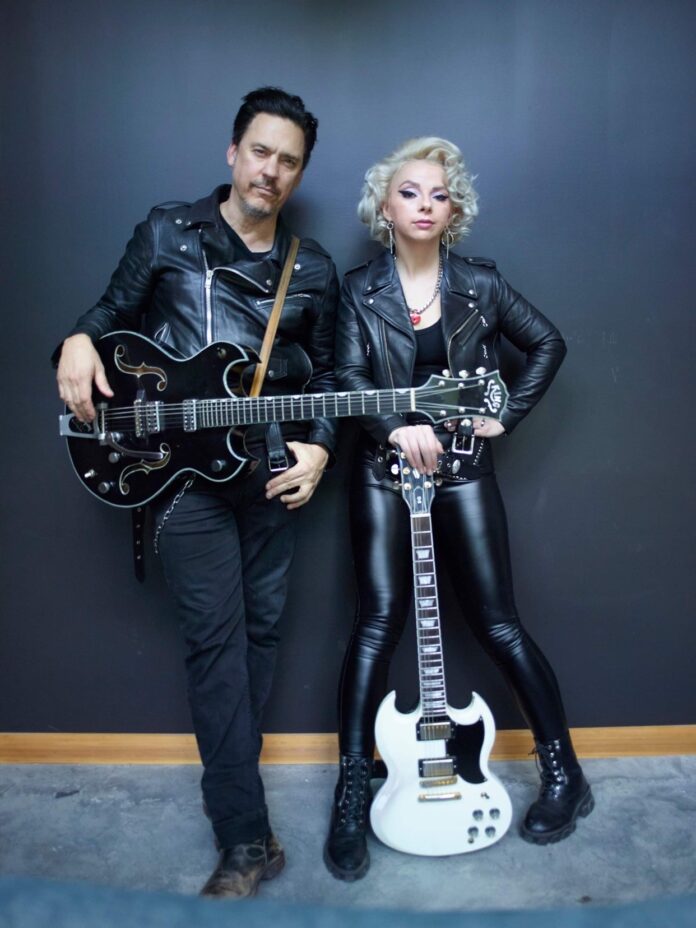 It started out as an innocent co-writing session between the two musicians. They envisioned a sound that married the explosive blues with alt-rock. On the last day in their New Orleans studio, they jammed on some songs that embodied this musical aesthetic and were eager to hear how their voices and guitars meshed. So, they let tape roll, and the unexpected result was “The Stardust Sessions.” The pair recorded “Brand New Cadillac,” made famous by The Clash but originally written in the late 1950s by Vince Taylor, “I’ll Be Here in The Morning” by Townes Van Zandt, and “Feelin’ Good” by Magic Sam.

On December 3rd, the wild pair will hit the ground running, first stop, Bakersfield, followed by a gig at LA’s famed Whiskey-A-Go Go on December 4th. This show will be live-streamed; tickets are available to buy HERE.

Fish and Dayton plan on unleashing the three new cover songs in concert as well as unveiling several of their new tunes that will see the light of day with the release of “Death Wish Blues.”

An award-winning singer, songwriter, and lead guitarist, Samantha Fish has released six albums over the course of her acclaimed career, with 2019’s “Faster” and 2021’s “Kill or Be Kind” both appearing on Rounder Records. “It’s not pure rock and roll, it’s not pure blues, it’s not pure soul, it’s not pure pop — it’s a mixture of everything,” she says of her genre-bending sound, which has regularly taken Fish around the world. A road warrior, she performs 200 shows yearly, both domestically and abroad.

Jesse Dayton has been bringing his unique mashup of East Texas/Louisiana Blues, old-school country, and punk rock to the world since he released his debut album in 1995. Thirteen records later, he remains a staple on SiriusXM’s Outlaw Country and the Americana Radio charts, where his debut LP Raising Cain reached Number 1. Jesse’s career reads like a veritable “who’s who” of American music. He’s toured with Social Distortion, Supersuckers, George Strait, Ryan Bingham, and L.A. punk pioneers X and has recorded with legends such as Waylon Jennings, Johnny Cash, Glen Campbell, and Willie Nelson. He has also recorded three soundtracks for filmmaker Rob Zombie. One can read about Dayton’s storied past in his 2022 memoir, Beaumonster.