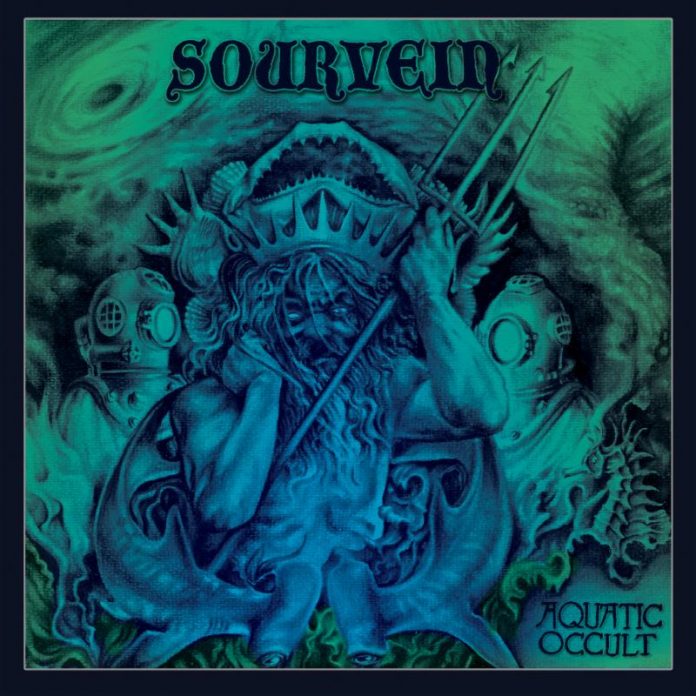 Doomy veterans are back

Last month, it was announced that decade-spanning doom/sludge metal vets Sourvein would be back with their long-awaited Metal Blade Records debut, Aquatic Occult. Featuring guest performances by Lamb of God‘s Randy Blythe (vocals, organ), Amebix‘s Stig Miller (guitar), Corrosion of Conformity‘s Reed Mullin (drums) and many others, the album is described by frontman T-Roy as the record he wanted to make at a time when his life was at its bleakest.

Scheduled to hit stores on April 8, 2016, Aquatic Occult isn’t just an album about trudging through the depths of a dangerous, mythological underwater world inspired by T-Roy’s home surroundings of Cape Fear, NC – it’s an unforgiving sonic pummeling that has followed years of pain prevailed. A powerful Aquatic Occult cut that truly encompasses both theme and inspiration, “Aquanaut”, is available for streaming now via MetalSucks.net. Listen here: http://www.metalsucks.net/2016/03/11/exclusive-track-premiere-sourvein-aquanaut

“‘Aquanaut’ is a fun tune, it was a main riff I had for awhile; it turned out cool on tape,” states frontman T-Roy. “It’s about being underwater, descending to the depths, looking for a sunken ship and finding your way back. I had Dean Berry from Iron Monkey do the lead guitar – he killed it, as did the other guests on this track – the Subrig Destroyer guys Chris and Joel from Athens, GA. Hope everyone digs the track!”

Aquatic Occult is produced by Mike Dean and mastered by Brad Boatright (Sleep, Yob). Pre-orders for Aquatic Occult are available now in CD, vinyl, and digital formats via metalblade.com/sourvein

“‘Aquatic Occult‘ promises to be heavier than a two-ton anchor dropped into an antique porcelain bathtub– it’s going to break things,” comments guest vocalist Randy Blythe. “This record sees Sourvein at their most musical and focused of any recording to date.”