Catalogue gets celebrated on vinyl

The latest in the series of Back To Black reissues celebrating the catalogue of Sonic Youth. This collection includes six titles from the back catalogue, with high quality digital downloads available for review.

Sonic Youth was an American rock band from New York City, formed in 1981. Founding members Thurston Moore (guitar, vocals), Kim Gordon (bass guitar, vocals, guitar) and Lee Ranaldo (guitar, vocals) remained together for the entire history of the band, while Steve Shelley (drums) followed a series of short-term drummers in 1985, and rounded out the core line-up. In their early career Sonic Youth were associated with the no wave art and music scene in New York City. Part of the first wave of American noise rock groups, the band carried out their interpretation of the hardcore punk ethos throughout the evolving American underground that focused more on the DIY ethic of the genre rather than its specific sound. 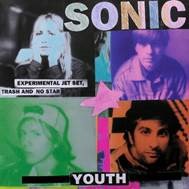 Experimental Jet Set, Trash and No Star was originally released on May 3, 1994 and features a more low-key approach and references the band’s earlier work on the independent record label SST Records. The album contains quieter and more relaxed songs that deal with personal and political topics. Upon release, Experimental Jet Set reached No. 34 on the US Billboard Top 200 chart and No. 39 on the UK Albums Chart. It was the band’s highest peak on the US charts until their 2009 album The Eternal reached No. 18. The song “Bull in the Heather” was released as a single and as a music video featuring Kathleen Hanna of Bikini Kill. The album received generally favorable reviews from music critics, who highlighted the band’s ability to create both noise and melody. 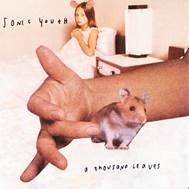 A Thousand Leaves, released on May 12, 1998, was the group’s first major album to be recorded in their private Manhattan studio, dubbed Echo Canyon. There are several references to France on A Thousand Leaves. On the CD label, the phrase “mille feuille” was crossed out and “a thousand leaves” was written under it. The name of the first song, “Contre le sexisme”, means “against sexism” in French. Thurston Moore came up with the title of the album, inspired by Walt Whitman’s Leaves of Grass. 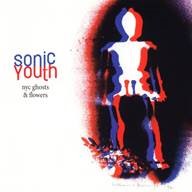 NYC Ghosts & Flowers is the 11th studio album by Sonic Youth, originally released on May 16, 2000. The album was a slight stylistic departure for the band, mainly as a creative reaction to the theft of their instruments while on tour in July 1999. Irreplaceable guitars and effects pedals with numerous modifications were stolen. As a result of this theft, the members of Sonic Youth relied upon “old guitars in their studio, unearthing instruments they hadn’t used in years” which “along with equipment purchased to fulfill the remaining dates [of the tour], would serve as the foundation for six new songs written over the next month”, in addition to “Free City Rhymes” and “Renegade Princess”, which were written prior to the tour. The band members later acknowledged that “the gear theft was somewhat of a blessing, if not a rather unwelcome and unpleasant one, in that it truly forced them to ‘start over’ and approach creating music with brand new boundaries.