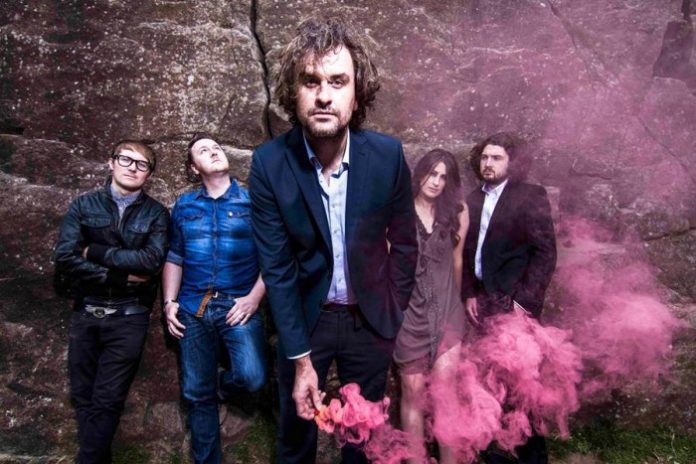 Help them make a baby before Libertines tour

Reverend & The Makers release a  new double A side single Stuck On You / Makin’ Babies  through Cooking Vinyl, on Friday 19th February. The single is taken from the bands highly acclaimed new album, Mirrors, which was their fifth album to go Top Twenty in the UK album charts on its release in  October.

The video for Makin’ Babies was animated by Chris Shepherd and Jocie Juritz.

Chris’ previous director / writing / production credits include – the multi award winning film, ‘The Broken Jaw,’ for Channel 4, the BAFTA nominated ‘The World Of Interiors,’ Channel 4 series ‘People’s Britain’ and the BAFTA nominated short ‘Dad’s Dead.’ The Stuck On You video was filmed in Jamaica and directed by Roger Sargent. Both videos are taken from a special CD & DVD version of Mirrors which includes a video  to accompany each song on the album.

Reverend & The Makers, who are currently on tour in the UK with the Courteeners, have been announced as one of the special guests on three of The Libertines UK Arena shows in January 2016 as well as taking the coveted main support slot on The Libertines twelve-date European tour in February and March. The full dates with The Libertines and Courteeners are:

JANUARY with The Libertines:

FEBRUARY with The Libertines:

MARCH with The Libertines:

Mirrors received rave reviews on its release, was championed by Noel Gallagher & Carl Barât and has been picking up radio support from BBC 6, Radio 2, Beats 1 (Zane Lowe) and Radio X..