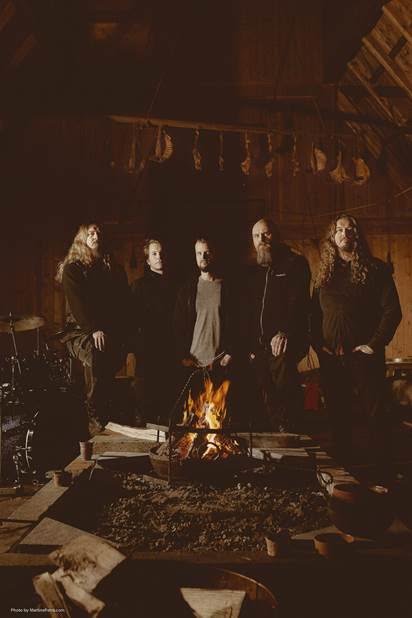 BORKNAGAR founder and guitarist Øystein G. Brun commented about the clip as follows: “Finally it’s time to present our brand new video for the song “Winter Thrice”. Being the title track for the 10th album, we wanted this to be something special. We are indeed a special band. The song and the video features all the 4 vocalists throughout our 20 years of adventure, including Kristoffer Rygg a.k.a. Garm, who was our very first vocalist back in the days. The video was produced by the eminent team from Twitchy Films and was captured at various locations in Norway; first and foremost at the amazing Midgard Historiske Senter at Borre, but also in the furious wilderness of the wintry Telemark. We all laid our hearts into this project, we hope that shines through! Enjoy and happy holidays!”

‘Winter Thrice’ will be released as standard CD, as limited edition Digipak CD version with extended artwork and also as Gatefold 2-LP on 180gr. vinyl (On black vinyl but also in strictly limited coloured versions: transparent blue in 100x copies / CM Webshop USA and white in 100x copies / CM Webshop Europe). Both the Digipak and the LP come with the bonustrack “Dominant Winds” and additionally, the Digipak includes a BORKNAGAR logo-patch.