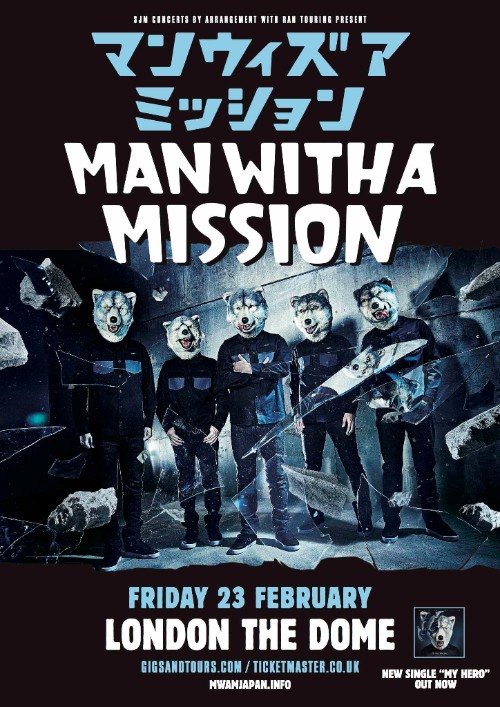 Japanese superstars MAN WITH A MISSION have announced an exclusive London headline show at The Dome, Tufnell Park on February 23rd. The show will follow the band’s UK tour with Don Broco throughout February.

The five-piece wolf collective recently headlined two nights in Japan to 50,000 fans with Don Broco supporting them at Tokyo’s Saitama Super Arena as part of their Japanese arena tour.

Having emerged with feral rock energy in 2010, MAN WITH A MISSION have released four albums in Japan, which have topped the charts and led the band to sell out arenas across their homeland.

MAN WITH A MISSION recently released the video for their new single ‘My Hero’, which sees the band providing the soundtrack to the accomplishments of an everyday hero with their electrifying blend of rock, rap and electronica.

Having completed sold out headline tours of the UK, Europe and US this year and with the forthcoming shows in February, MAN WITH A MISSION are setting their sights on world domination in 2018!