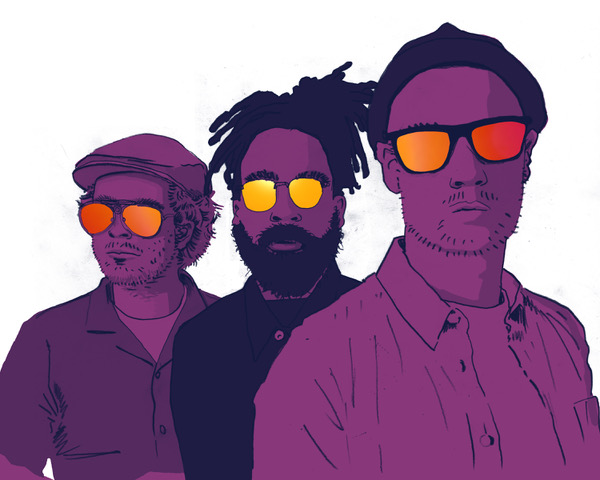 Lowslung sonic explorers SOLAR EYES are set to release their third single in the space of six hectic months. Following on from ‘Acid Test and ‘Naked Monkey On A Spaceship’ they now have the film score-esque cracker ‘I See The Sun’ ready to unleash upon the world.

‘I See The Sun’ was concocted after a conversation between Glenn Smyth, Solar Eyes’ main protagonist, and Jeff Knowler, the band’s mixer. Glenn had commented that he had written this cool ’60s-sounding Tarantino track on a newly acquired 12 string guitar. Jeff had suggested Glenn watch ‘Once Upon A Time In Hollywood’ (the fantastic Tarantino film) before recording it.  Glenn duly did and then decamped to his loft to catch the ‘I See The Sun’ sun.

There, at the top of the stairs and within touching distance of the stars, Glenn fully immersed himself in the late ’60s, a hazy era of resounding reverb and echo chambers liberally topped with sultry Morricone-coded twangings. Glenn contemplated putting his dad’s old flares on for full on authenticity, but luckily was unable to find them.

Once Glenn had completed his work and delivered a fistful of melodies Jeff set ‘Once Upon A Time…’ on loop on in the background as he mixed the track to fully get the vibe, and the supercool ‘I See The Sun’ was born.  With warmth not really a major factor in modern day recordings, where the chilled beat and the clinical hook rule supreme, there’s a sense of the future and nostalgia colliding in this three minute minute psychedelic pop song.

That warmth comes partly from the fact that ‘I See The Sun’ was recorded in the sweltering summertime of Glenn’s attic, so you can feel the heat sizzling right through the track. But the heat is also on in the propulsive, muscular alt.indierock grooves, piling right on through to the lovely mournful ending. Because this is is music for the masses then, and, quite definitively, the missus as well.

The lovingly animated video for the track is by Gorillaz cohort Matt Watkins, who once again creates a suitably intense visual world to illustrate the ideas spinning around Glenn Smyth’s mind. It’s quite the place to visit.

Previous article
SIX PARTY
Next article
GET INTIMATE WITH VOLBEAT