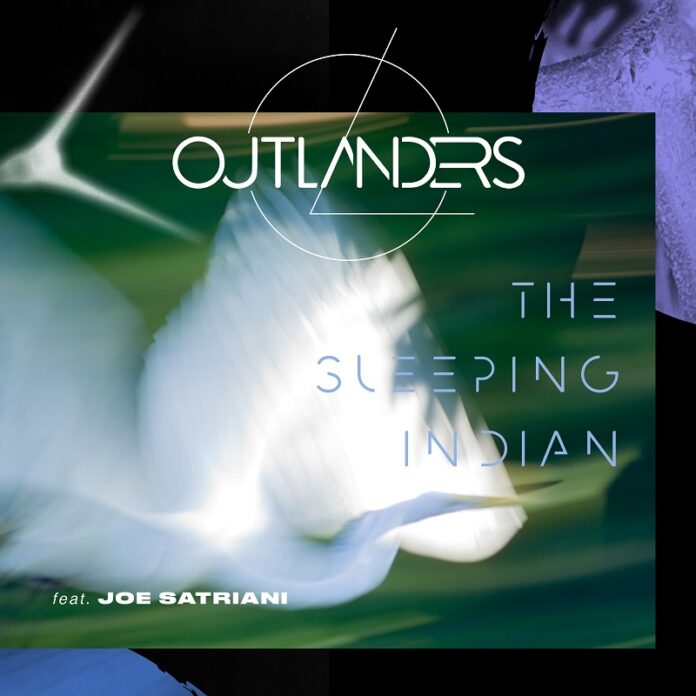 The brand-new OUTLANDERS track THE SLEEPING INDIAN with JOE SATRIANI as special guest on the guitar will be released May, 20th.

Once again OUTLANDERS proves how multi-faceted their music and vison is. With “THE SLEEPING INDIAN”, Tarja Turunen and Torsten Stenzel tell a story about a mountain in Antigua, guarding the area called Sleeping Indian. Tarja´s voice becomes one with the music, almost as if it`s an instrumental that flows perfectly into Joe Satriani´s unique sound. For the very first time OUTLANDERS brought a rap artist to participate on the song  – the part of the Antiguan local rapper Nkoye Zifah brings a surprisingly beautiful upbeat feeling into this smooth and relaxing song.

OUTLANDERS’ new single “THE SLEEPING INDIAN” is the forth of eight singles and will be released on May 20th, 2022, as a limited edition 7″ vinyl exclusively at Tarja’s online store and digitally by earMUSIC.

A side: The Sleeping Indian (feat. Joe Satriani)
B side: Closer to the Sky (Beau Chapeau ReMix)