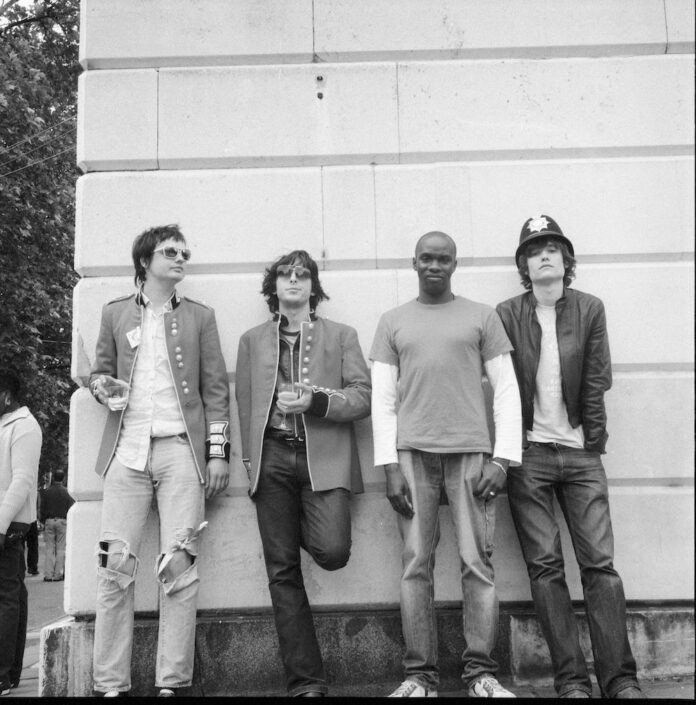 To mark its 20th anniversary, The Libertines’ era-defining debut What A Waster is being re-pressed on seven-inch single (backed by original b-side I Get Along), while the new What A Waster Live From The ICA EP will be made available on streaming services. This digital only edition features live versions of What A Waster and I Get Along recorded during the band’s legendary show at the iconic venue just up the road from Buckingham Palace on the original day of release, 3rd June 2002. Preorder here: https://libertines.ffm.to/whatawaster
Part calling card from the stars, part postcard from the gutter, What A Waster dropped you straight in the middle of the energy and chaos that surged through the lives of Pete’n’Carl’n’Gary’n’John. Itwasn’t a song to help you get your bearing with a new band, it was a clarion call that made you realise The Libertines would become your whole world.
Produced by Bernard Butler What A Waster came out of the blocks at full pelt, but there was a preciseness and a thought behind its ramshackle charms. Twenty years on from its release, The Libertines‘ opening salvo retains a freshness that is as much down to its wisdom beyond its years as it is the youthful exuberance it inspired.
Available for the first time, the live recordings of What A Waster and I Get Alongfrom the ICA show capture the first fruits of a band destined to make a long and enduring impression.
The single and digital EP will be released on 3 June 2022.
Stay tuned for Up The Bracket anniversary releases…