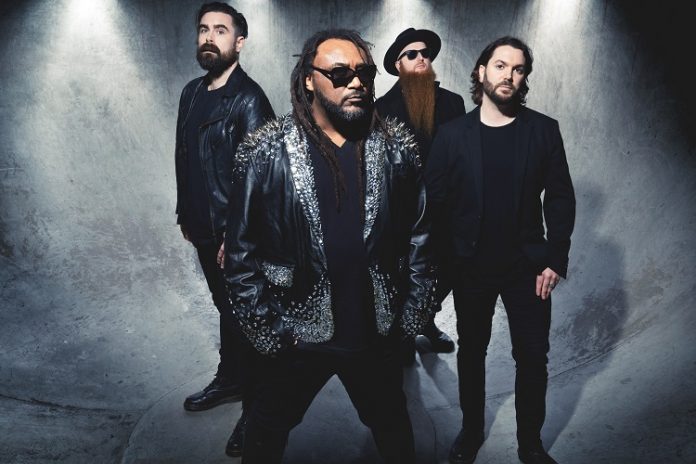 UK Ragga Rock legends Skindred are pleased to announce that they will be heading out on an extensive 25 date tour this Winter with tickets for the tour going on sale at 10am this coming Friday 31st August at 10am.

Skindred Drummer Arya Goggin said “Whenever we announce a UK tour we get posts from fans saying why are you not playing here, so we thought in acknowledgement of this we would try and play everywhere. Hopefully we will be able to add some Irish shows to the calendar too just to complete the run. Playing the UK is special to us and  it’s not just about playing in the six or seven biggest Cities, it is about getting out there and playing some of the smaller towns which are often starved of shows and often these make for some of the best shows we have played.

Skindred is all about supporting the Live music industry and supporting your local music venue so we could not be more excited to be doing this tour.”

Titled  “That’s My Jam” UK tour after the bands current single “That’s My Jam” which has remained in the US Top 40 Active Rock charts for the last 4 months ( Currently number 23). That’s My Jam was the second single to be taken from the bands new Top 40 album  “Big Tings” on Napalm Records and has already had over a Million streams on Spotify and the Video also featured a cameo from Actor Patrick Bergin best known for being Julia Roberts husband in the Classic Film ‘Sleeping with the Enemy’.

In other news Skindred have also just had their classic track “Kill the Power” used as the opening credit music to the new British Zombie movie F.U.B.A.R.

For more information on Skindred and a full listing of their upcoming dates go to www.skindred.net or got to www.facebook.com/skindredofficial