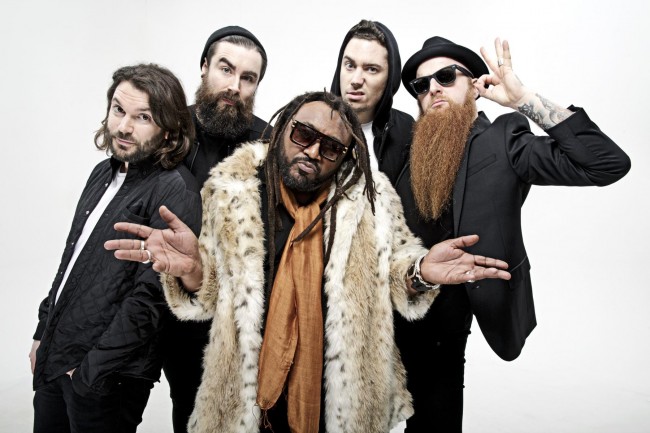 Get your tshirt helicopters at the ready!

SKINDRED are pleased to announce a European headline tour in November 2015. The tour will support the imminent release of ‘Volume’, their brand new studio album due out through Napalm Records on the 30th October 2015. This Crossover sensation has also released a brand new video for the track “Under Attack”

After a sold out Arena run with Steel Panther, a remarkable Camden Rocks performance, two sold outHit The Deck headline slots and a host of European festival shows (including Rock Am Ring and Rock Im Park in Germany with Foo Fighters and Slipknot) already in 2015, SKINDRED announce a European November headline tour .

The upcoming album ‘Volume’ was recorded at The Strongroom studio in East London and was produced by longtime collaborator James ‘Lerock‘ Loughrey (previously worked with the likes of White Zombie, Depeche Mode, Manic Street Preachers).

SKINDRED are the best live band in the UK. In 2014 the band played to audiences across the world, with a string of high profile festival slots – including Download, Hurricane, Bestival and Polish Woodstock – along with sold-out headline tours at venues such as London’s Forum. The band has sold more than half a million records worldwide during their career to date.

“Pump Up The Volume” European Tour