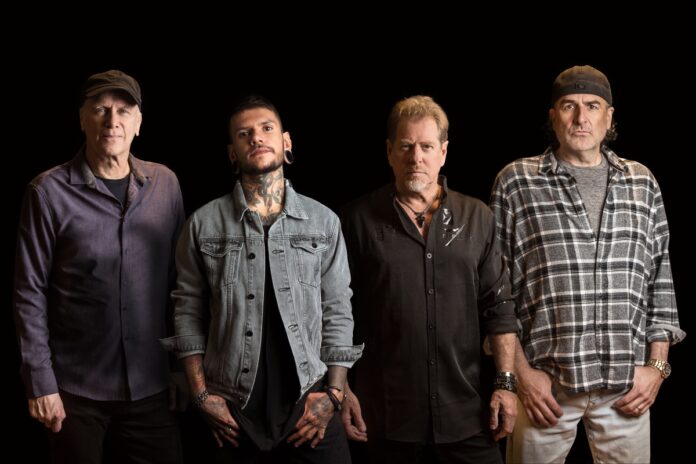 Skills features the eye-popping line-up of vocalist Renan Zonta (Electric Mob), guitarist Brad Gillis (Night Ranger, Ozzy Osbourne), bassist Billy Sheehan (Mr. Big, The Winery Dogs, Sons Of Apollo) and drummer David Huff (GIANT). They have just released a second single from the album entitled ‘Just When I Needed You’, which follows hot on the heels of its predecessor ‘Stop The World’. A video for that song can be seen here: youtu.be/7rKE0e9f_Oc

Frontiers head honcho Serafino Perugino was blown away by the ability of Brazilian singer Renan Zonta when he first heard him, moving quickly to sign his band Electric Mob. Knowing how much Zonta loves classic ’80s hard rock, his boss had been keen to pair him with the aforementioned trio of talent, all of whom had made their name in that era and were similarly enthused by the young vocalist, who mixes the extension and power of Glenn Hughes and Sammy Hagar with the expression of Steven Tyler and David Coverdale.