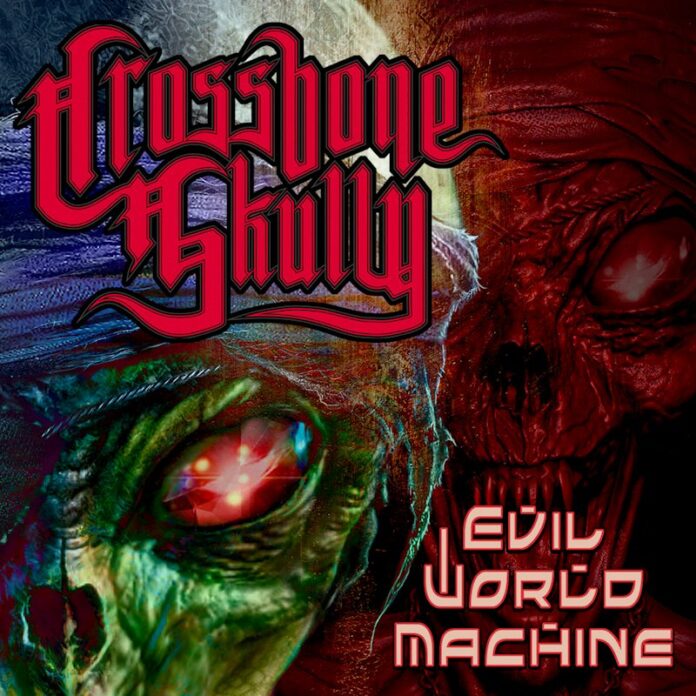 There’s more excitement in the world of CROSSBONE SKULLY, currently buzzing with the pulverizing “Evil World Machine” track andtheintenseanimatedvideo, both ofwhich are setting the stage for the release of a debut album in 2023 via Better Noise Music.

CROSSBONE SKULLY is Henriksen‘s carefully crafted character—an avenging superhero—and the character’s world, which inspired its own upcoming graphic novel and animated film, “Thing #1.” CROSSBONE SKULLY begins his journey to rescue humanity on “Evil World Machine,” which confronts the evil currency of the world. Legendary producer Mutt Lange (AC/DC, Def Leppard) emerged from retirement to serve as executive producer on the album which was written by Henriksen and guitarist/producer Tommy Denander.

“This has been an amazing journey,” says Henriksen, who began the project almost four years ago. “If you had told me back then that I’d be working with the greatest producer who ever lived, I wouldn’t have believed it.”

CROSSBONE SKULLY will be engaging fans with more music from the album, which delivers a powerful message in today’s global climate, inviting people of all backgrounds to coexist and break down oppressive barriers. Additionally, Henriksen‘s vision for CROSSBONE SKULLY will continue to unfold, culminating in the release of the band’s debut album in 2023.

Alice Cooper:  “It’s about time someone recognized Crossbone Skully. Skully and I go way back. Crossbone Skully has written a galactic masterpiece about one of the most mysterious characters of the cosmos. Is he a villain or a hero? I don’t know. Maybe a little of both. All I know is don’t cross Crossbone Skully. This album rocks every galaxy out there.”

Nikki Sixx: “I’m thrilled to be involved in the Crossbone Skully project. The music is hard hitting and real as it aligns with an original concept.  To be part of this project with this group of legends is inspirational and I know it’s gonna kick ass!”

Previous article
SENDING OUT AN SOS
Next article
ROYALE TELL ALL