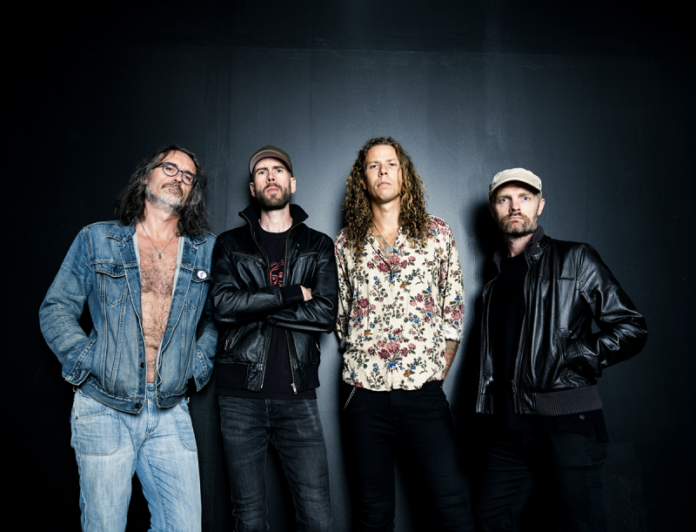 Sweden’s Grande Royale returns with the digital single “Tell Me”. Mixed by mixed By Robert Pehrsson (Death Breath, Dundertåget, Imperial State Electric, to name a few), “Tell Me” is the first taste of the Scandinavian garage rock outfit’s upcoming, sixth studio album “Welcome to Grime Town”. Picking up where Grande Royale’s latest album “Carry On” from 2021 left off, the new material showcases what the four-piece does best; straight forward, melodic, and explosive rock music.

Grande Royale on the new single “Tell Me”:

Johan Häll (drums) had a hard time recording his part. He spent three days in the studio trying to make the track swing. When he thought he finally had nailed it, he sent the track to our guitarist/singer Gustav Wremer. Gustav wasn’t pleased with the way Johan had played on the track and actually deleted his recording. The two of them had a heated discussion with almost fists being thrown at each other. Johan was furious and went back in the drum recording room and actually played it one last time, totally smashing the kit. And that’s the version that eventually was used.

Grande Royale’s upcoming album “Welcome to Grime Town” will be released on The Sign Records in March, 2023. The single “Tell Me” is out now on all streaming platforms.