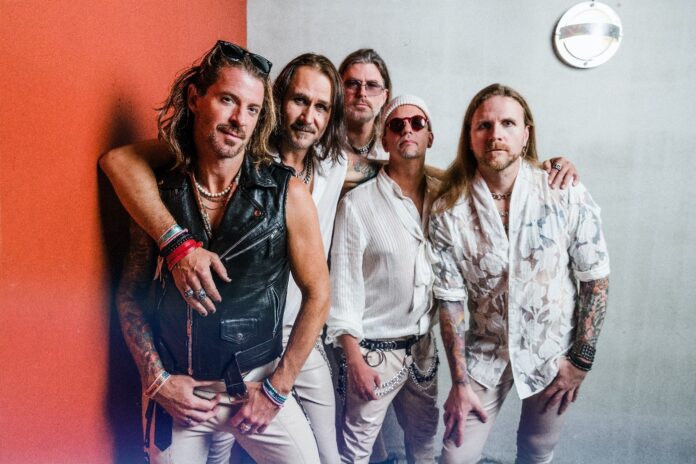 Swedish hard rock outfit NESTOR choose to reunite and reinvent the iconography of rock, and brought back its glory in 2021 with their debut album Kids in a ghost town. Originally formed more than three decades ago in 1989, the unbreakable bond of NESTOR is back for good and is shining brighter than ever! As the year is coming to an end, NESTOR wants to thank their fans for their incredible support throughout their journey. Gaining millions of streams on Spotify and hundreds of thousands of views on YouTube has made them the hottest newcomers of modern rock.

The band’s heartwarming recap video, set to the lively and emotional tune of “These Days”, pays tribute to their dedicated fans. The five-piece expresses their gratitude for the support they received from their fans during this year’s festival performances, as well as shows with rock legends KISS, Alice Cooper, and H.E.A.T. Their recap video captures these very precious moments with their fans at Nestor Fest 2022 and Sweden Rock Festival.