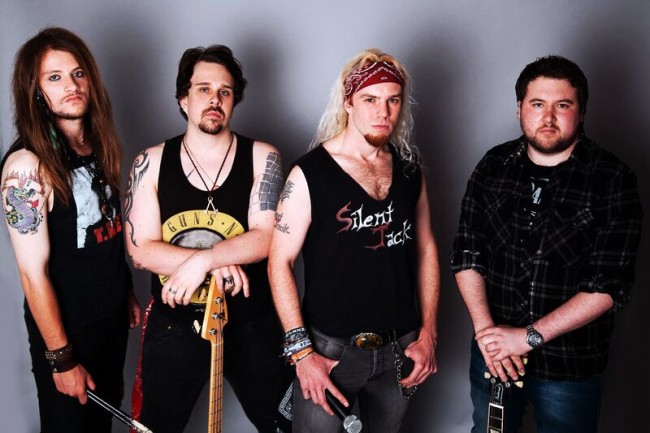 Birmingham rockers Silent Jack have teamed up with Pledge Music to release their first album ‘Play The Game’:

Play The Game is a truly hard hitting album that takes no prisoners. Delivering stunning choruses, huge riffs and refreshingly delivers what you’d want to hear from a rock band. This album presents a plethora of tracks that would cater to most rock fans looking to have a good time!

Lead singer Rich ‘stitch’ Mason had this to say about the new album,“With Play The Game we were looking to take the energy of our live shows and try to distill it into a studio recording. We love all these songs,
and during the writing period it seemed that each new track sounded better than the last. Fans of our earlier work will find new recordings of some of our older tracks such as Outlaw and Love Bite given added power and dynamics, and sounding better than ever before. Some fan favourites have also been laid down, such as Too Many Women which is a fun track in the vein of 80s rockers Motley Crue or Bon Jovi, and really  gets a room jumping. The guitars are chunky, vocals are nice and clean, and the drums are thunderous; Alex at Arkham Studios is a fantastic producer and has worked wonders. We’re all really proud of this album, and can’t wait for everyone to hear it!”

Since forming in 2009, Silent Jack have toured the UK, playing headline shows and supporting the likes of ALESTORM. The band have featured on festivals such as Deadfest, Degeneration and Blood, Sweat and Gears plus
recently they reached the regional finals of Bloodstock’s ‘Metal To The Masses’ and will participate in Hard Rock Hell ‘Highway to Hell’ final on 15th September 2015. 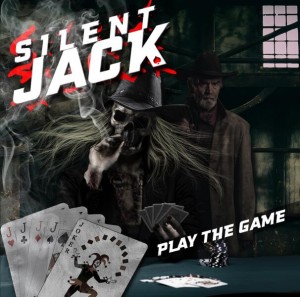