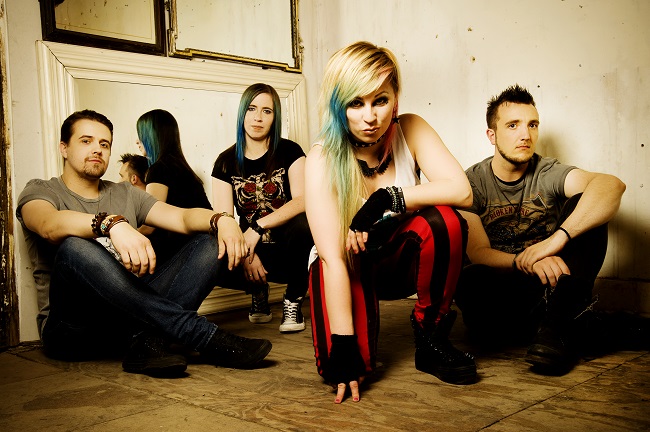 As the build up to their eagerly awaited début album ‘Without Wonderland‘ continues, Scottish rockers Altered Sky are delighted to announce they will be touring the UK this November on their biggest headline tour so far. This tour will be the first chance to hear the songs from ‘Without Wonderland’ following the album’s release on the 20th of November.

Altered Sky will be playing 9 shows up and down the country with support fromEverybody Looks Famous, Fake The Attack and Elessar. Not all support bands are appearing on all the shows, so please check individual  listings for the full line up of each gig.

Altered Sky vocalist Ana comments:
“We had such a fantastic response to Bury it All, and the PULP tour, that we just can’t wait to get back out on tour to see you all again! This is our biggest and best tour to date, its going to be awesome playing some new songs from ‘Without Wonderland’ and catching up with our friends, new and old.”

Catch Altered Sky at the following: